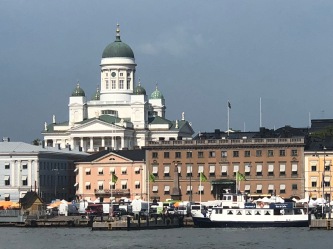 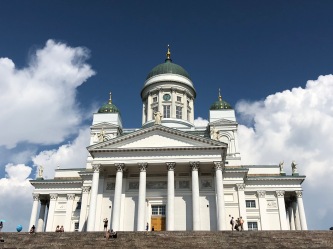 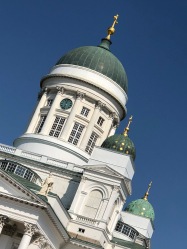 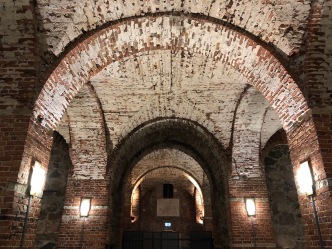 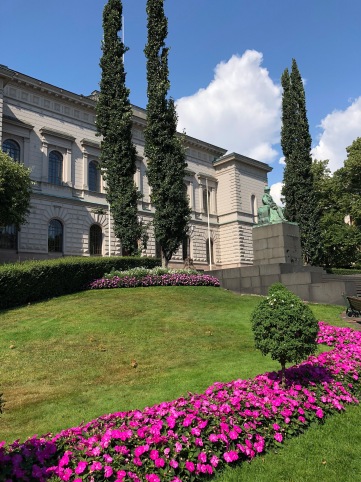 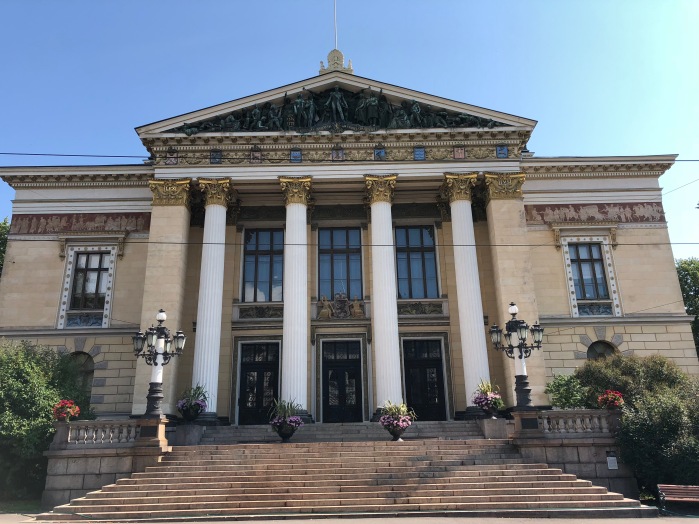 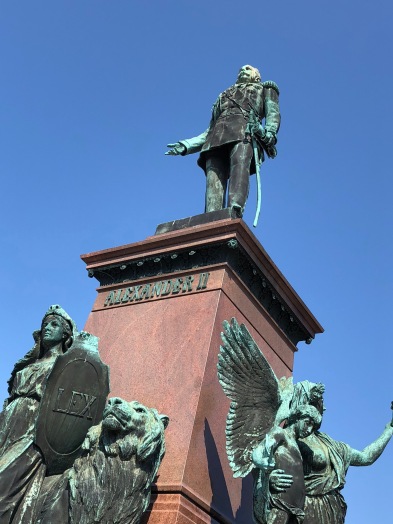 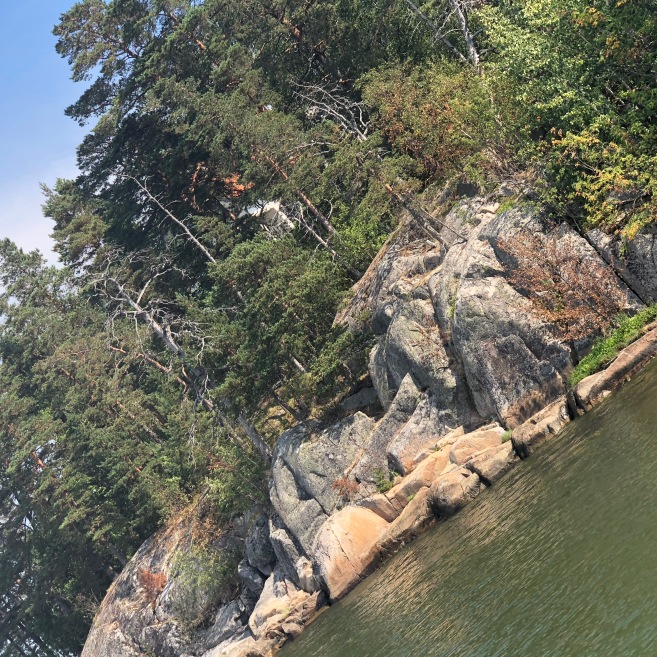 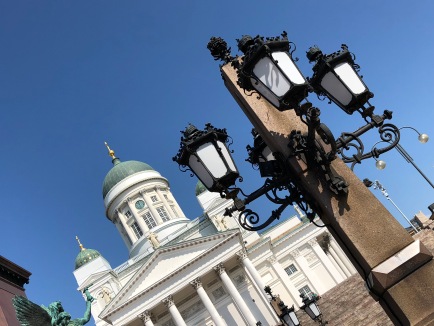 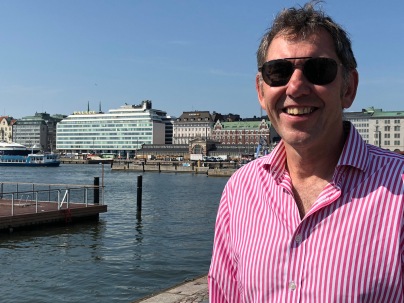 Today was even hotter than yesterday. Howard and I are really struggling in this extreme heat. We had an early start getting Oscar to the VW garage. On arrival, initially we thought all was well – they proudly produced a new awning bracket that they had ordered for us. However, on closer inspection, it turned out that they had ordered the wrong part, and the bracket was the wrong shape. The engineer took a look at the van with Howard, and offered to try to replace the broken rivets. He made a reasonably good job of the repair although clearly it does not look as good as if the whole bracket had been replaced. It does seem secure though, and the garage offered to waive the charge in view of their mix up. In the end, rather than having to take the van back in, we decided to accept the repair, and get it sorted out properly once we are back in the UK. For now, at least, we should be able to use the awning, and get some shade.

Garage done, we headed back into the city. By now, it was incredibly warm. We sought out a coffee in the shade, then went off to explore the part of the city near the harbour and ferry terminal that we hadn’t seen yesterday. We took a look at the two cathedrals, the red Uspenskin Orthodox Cathedral, and the stunningly beautiful white Lutheran Helsinki Cathedral. Stood outside the cathedral, Howard, as ever, took on the role of David Bailey, taking people’s group photographs. I have to laugh! The Lutheran Cathedral also had the advantage of a very cool cafe in the crypt, which we took advantage of, since by now, we were expiring from the heat.

After cooling off in the crypt, we headed to the harbour, which was bustling with pleasure craft, and a lively market at the waterside.

Foolishly, we booked ourselves into an hour and a half boat cruise around the archipelago and canals of Helsinki. Within minutes of sitting on the deck, we were literally roasting, with no shade at all. We had hoped that the sea breeze would cool us down, but instead, it felt like we were in a hot tumble drier. It was absolutely baking. We lathered yet more sun cream on, but it still felt like we were being roasted. The scenery was beautiful, but frankly, we were so hot that we couldn’t really take it in. One interesting fact we gleaned on the tour was that Finland is the only nation in Europe with a land border with the USSR, not to be a member of NATO. They prefer to take a diplomatic stance with their powerful neighbour, also clearly aware that Russia is a major trading partner. We also passed by many of the islands in the archipelago, most of which were full of holiday cottages. My hairdresser yesterday told me that most Finns own a summer house, and many quite ‘ordinary’ families own a small archipelago island. I guess with so many thousands to go around, it makes sense.

It was a great relief when we arrived back at the dock. We headed back to Oscar, and decided to call it a day for sightseeing. As the air conditioning kicked in, we both heaved a sigh of relief. We really aren’t doing well in this extreme heat. It had been well in excess of thirty degrees today, which is a real struggle in a camper van. Fortunately, tonight we are in a hotel again, so we are currently wallowing in the relative cool.

Despite our struggles with the heat, we have really enjoyed Helsinki. It is very much a city on the water, in fact, there seems to be more water than city. The archipelago of islands create a natural harbour, which the Finns succeed in keeping navigable even in the depths of winter by means of a brigade of ice-breaking vessels. Even the ferries, which run a regular service between Sweden, Estonia and St. Petersburg, are class A1 ice-breakers, meaning that they can operate all year round, even when the Baltic freezes.

This weekend, we are meeting up with family and friends, so there will be a pause in the blog until early next week. We hope by then, it will have cooled down a little, and we can continue our journey around the Baltics.