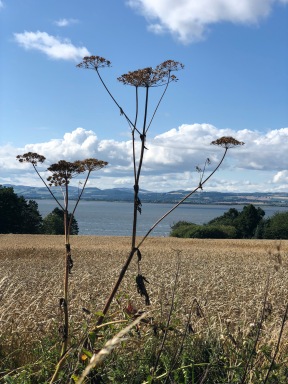 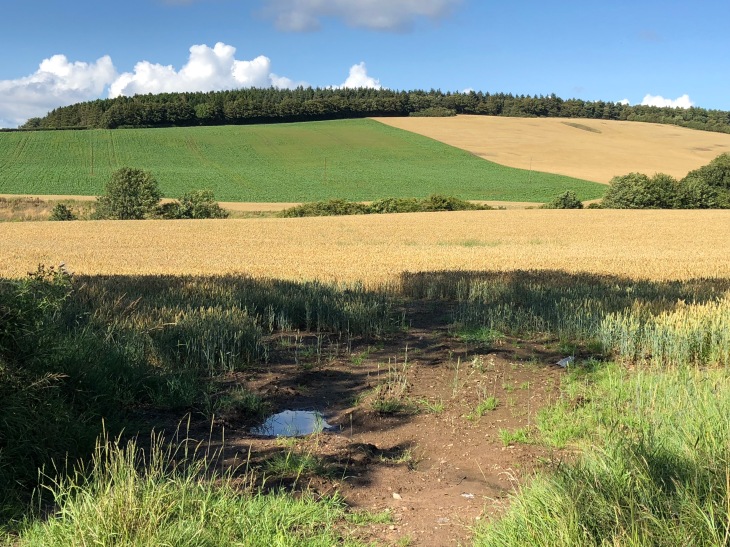 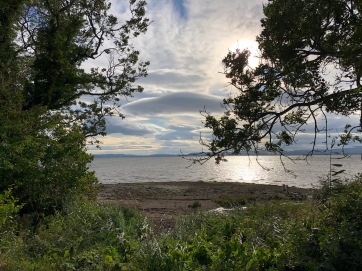 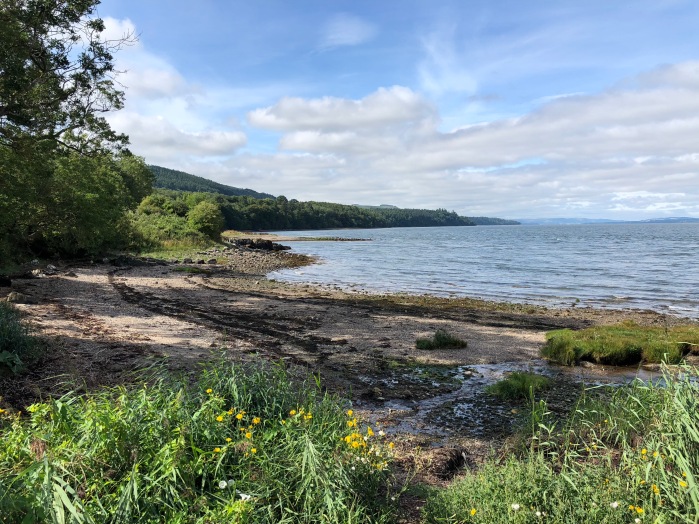 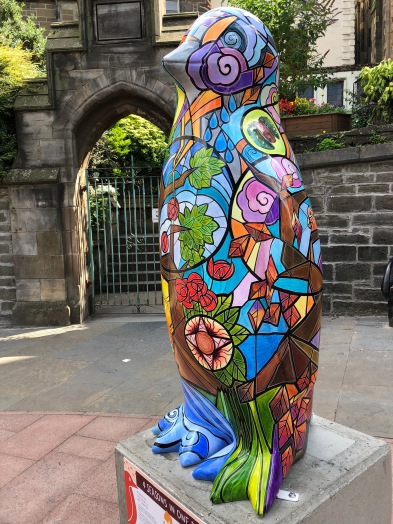 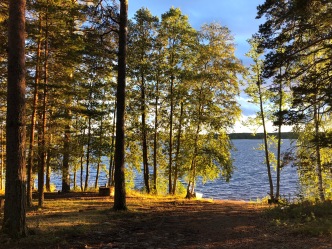 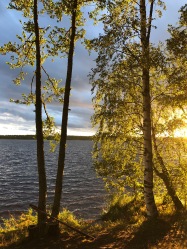 On a very last minute whim, last Friday we parked Oscar up in Helsinki Airport’s long stay car park, and took a flight back to Edinburgh for the weekend. We had been keen to see the boys, and to check all was well at home. We hadn’t been home since January, and had wondered if it might seem strange. However, no sooner had we driven up the drive, and it was as if we’d never been away. Our lodgers have been taking good care of the house in our absence, and if it wasn’t for the four foot high pile of post in the lobby, it was just as we had left it.

We had been keen to check up on a few administrative things, that we needed to be at home for, but primarily our visit was to touch base with friends and family. As only our neighbours can, within hours of arriving home, we were out meeting everyone for a great Friday night get together. We had such fun, and I think my gift of Finnish gin went down well. In Helsinki, they were serving it with frozen cranberries and rosemary. At short notice, with no cranberries, we improvised with frozen Tayberries from the Carse of Gowrie – even better!

The following morning, we were treated to breakfast with another group of friends, and then managed to catch up briefly with the crowd from the rowing club (although sadly no time for a row), before meeting up with my brother and his wife. On Saturday evening we were invited to supper with other friends, and I fear we had such a good time that we managed to lose the front door key and lock ourselves out. We were fortunately saved (at midnight) by other neighbours who hold our keys. They’ll be pleased we’ve headed back to Continental Europe now!!

On Sunday, we travelled back down to Edinburgh to meet up with our two younger boys and their partners. Edinburgh was buzzing from the Festival, and we had a thoroughly fun day with them all, taking in a ‘live lounge’ music event, a slightly dodgy show in the basement of a pub involving ‘The Grumpy Magicians’, and then rounded it off with a lovely meal with them all.

By last night, we were totally exhausted from all our socialising. We caught he flight back to Helsinki this morning, feeling rather like bad parents for leaving ‘the lad’ alone so long, parked in the long stay car park. To our relief, he was sat waiting for us on our return.

In what has become our normal style, it wasn’t until we sat back in Oscar, that Howard asked where should we go now?!! Keen to avoid the heat of Helsinki, we decided to head north eastwards to the Finnish Lake District, which almost borders Russia.

The first campsite that we had earmarked turned out to be closed – I suspect shut down, since everywhere is open at this time of year. So we quickly consulted our Camping App and selected another just twenty minutes away.

Due to the two hour time difference, we didn’t arrive until 7.30 in the evening. We made do with some bread and cheese for tea, and spent the rest of the evening clearing out the fridge, and puzzling over an issue with the VW control panel. Fortunately, I found a solution for the flashing light on the VW California forum, and after re-setting the computer, managed to fix it. I think Howard was both surprised and impressed in equal measure, that I had managed to sort it out. At least it has saved us yet another trip to the VW garage.

Although it was great to see all our friends and family, it is lovely to be back in Oscar. He strangely feels like home to us now, and we missed him. Our trip home also came at natural break in our journey, since shortly we will be crossing the Baltic to Estonia, Latvia and Lithuania, and then on to explore Eastern Europe. For the next day or two though, we will stay in Finland, avoiding the extreme heat in central Europe. Tomorrow we will explore the Lake District here. Howard has just read that there is more shoreline in Finland Lake District per unit area than anywhere else in the world, with 14,000 islands. Tonight, we are camped adjacent to the largest lake in Finland.

Unfortunately, arriving late at the campsite meant that all the level pitches were taken – so spare a thought for us tonight, lying at a rather wonky angle to port. I may be very squashed by the morning!