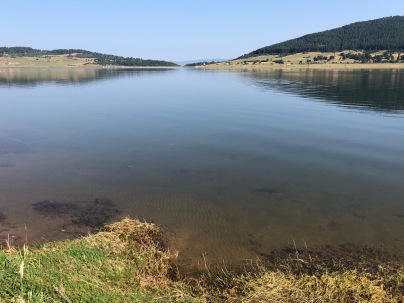 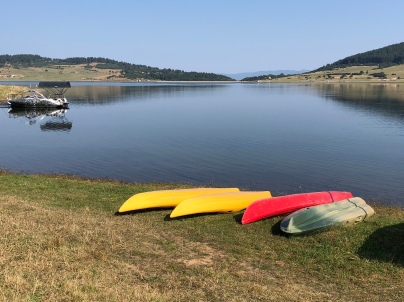 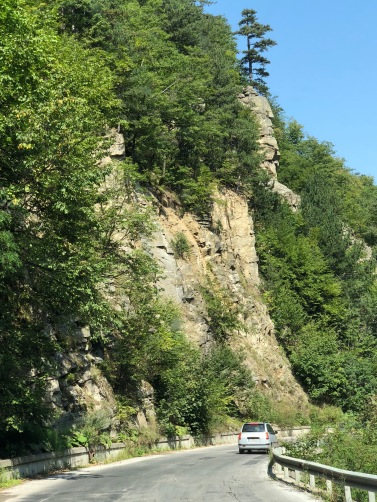 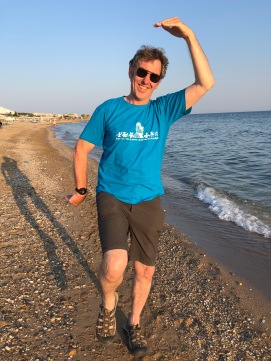 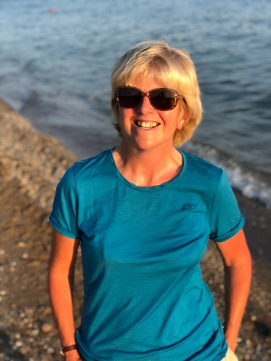 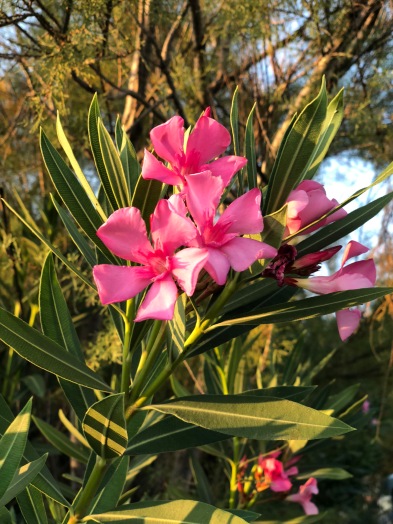 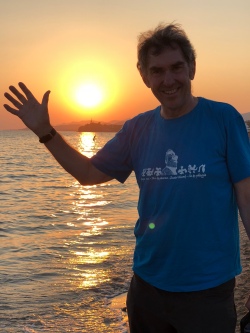 We awoke to a beautiful still morning on Lake Batak. The light on the water was magnificent, and the campsite was quiet and serene. We packed up the van, and went to thank the owner for his hospitality. On a trip like this, a friendly face makes so much difference to your stay, and certainly the owner of this lovely rustic site was the perfect host. The day we had arrived, I had overheard him come and speak to an elderly French couple with a small caravan pitched on the terrace below us. He had enquired what time they were leaving the next morning, and offered to come on site an hour early to help them turn the caravan and hitch it to their car. As we left, he offered us his telephone number, and said that if we had any problems on our onward journey through Bulgaria, we should phone him, and he would translate for us, since fewer people here speak English! I told him that his was one of the nicest sites we had stayed at on our eight month journey. As we started to drive off, he ran and tapped on the window, and gave us a booklet and map of interesting places in Bulgaria as a gift. Little gestures, like this, can completely affect how you picture a place. As a result, we will look back on Bulgaria with fondness, and hopefully blank out the terrible roads and dilapidated buildings.

Certainly, on the first part of our drive this morning, the roads didn’t improve. We followed a sign to Lidl  in a small town to pick up supplies. The approach road was so pot-holed, that it was no surprise that no-one else was in the car park. A little later, we came across a first – a major road with cobbles! Natasha went into overdrive, and recorded ten ‘incidents’ in the space of a hundred yards – she records on the dashcam when we are in a collision!

Our destination today is Greece. We have a long drive, hence I am starting the blog en route. I am actually very excited about returning to Greece. As I mentioned yesterday, it is forty years since either of us have been here.

When we came in 1978 I had just completed my first year of medical school, and Howard had just resigned his job at Wellcome, in preparation for starting his university career. We were young and in love, and back-packing around the Greek Islands was the thing young people did in those days. I remember distinctly shopping in Southampton High Street for a rucksack, with Howard’s parents in tow, who had come to visit before we left. The deal had been that if I paid for the travel (from my student grant!), then Howard would pay for everything else. How little has changed!! Consequently, I had found a £52 return coach trip for the both of us, from an advert in the Sunday Times. ‘Alekos Tours’ – I remember it well! I will never forget my father’s face, as he waved us off on that coach from a London pavement. He shook Howard’s hand and said, ‘Look after my little girl’. He looked totally horrified. The coach was old. It was overbooked. The last person got a seat in Geneva after they threw an poor woman off the coach for having an epileptic fit. The two Greek coach drivers were appalling. They switched driving whilst still going along the motorway, with one sliding into the driver’s seat underneath the other one, who had half stood up. The then ‘off duty’ coach driver would drink half a bottle of Greek brandy, Metaxa, whilst dancing in the aisle to ‘Zorba the Greek’, with any unseated passengers. They would then lie down in the aisle and go to sleep, only to awake a few hours later, slurp a black coffee from a flask, and take over the driving again. It was supposed to be a three day non-stop coach trip to Athens. But when we arrived in Milan in the early hours of the morning, the drivers met up with two Italian women friends of theirs. They threw everyone off the coach at Milan Station, so that they could ‘take a room’. Consequently, all the passengers (who couldn’t afford a room), spent a very uncomfortable night on the benches of Milan Station. The following day, as we drove down through the still communist Yugoslavia, a fellow passenger tried to persuade Howard and several of the other passengers to smuggle some recording equipment through the border – reel to reel tapes mostly. All was going well until the Yugoslav Police jumped on the coach at the border and took everyone’s passports. At this point, Howard and the others bottled out, and gave back the stash. I do think it was innocent enough, the poor guy was trying to set up a recording studio, but we weren’t prepared to risk it. After the border guards had confiscated the music tapes that they wanted to keep, and a suitable bribe had been paid, we were allowed across the border.

When we eventually arrived in Greece, we had as ball. We spent eight weeks ferry-hopping down through the islands. We did stuff that I would be appalled if my children did. We slept on beaches, we slept one night on a taverna roof sharing one sleeping bag at the head of a gorge, and we hitch-hiked lifts on the back of pick-up trucks. When I think of it now, it seems a lifetime away. In all the time away, I think we phoned home twice – long before the days of mobile phones. My parents must have been worried sick! Although, in fairness, they had let us travel overland to Turkey in the back of an old converted Commer Butcher’s truck two years previously with eighteen others from the London Union of Youth Clubs!! Maybe this year-long trip around Europe in a camper van was always just destined to happen!

Needless to say, we arrived home in one piece, if a little slimmer – and the rest is history. So consequently, we have very fond memories of Greece. The part we intend to visit is one that we have not been to before, the northern Aegean mainland coast, crossing over to the Ionian coast, before catching a ferry back to northern Italy. We would have loved to have visited Turkey, as well, but insurance and political factors make that impossible. That would have been a real trip down Memory Lane!

A few hours later, and we have just landed in Greece. The drive here was slow and tortuous, first along a heavily wooded gorge in the mountains, and then into flatter terrain. Early on, we stopped to take a photo of a church, with a large stork’s next aloft. Later, we drove across a roundabout with a large stork, stood on one leg, observing the traffic. The border crossing was relatively straight forward – in two parts. The Bulgarian side were most concerned to check that everyone leaving had a vignette – it seemed more sensible to us to utilise this manpower and booth space at the incoming border – since we there was nowhere to buy one at the border entering Bulgaria, and we had to head out and track one down the next morning. The Greek side just waved us through happily. It immediately felt hotter. The buildings changed dramatically, to white-washed buildings with low sloping roofs with terracotta tiles. We also started to spy the odd church in the distance on top of a hill.

We have come to an area of Greece called Thrace. Apparently it is the least visited, and is very close to the border with Turkey in the east and Bulgaria in the north. Our campsite is by the sea, but we have opted for a pitch in the shade of the trees, away from the beach and it’s pesky sand. Have I said before, that Howard doesn’t like sand!!

We have just returned from the beach having had a quick walk. I had completely forgotten how magnificent Greek sunsets are – unchanged after forty years!