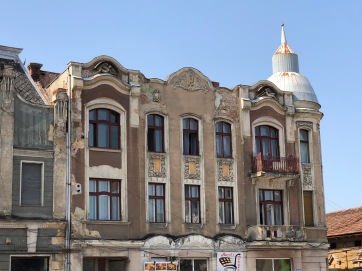 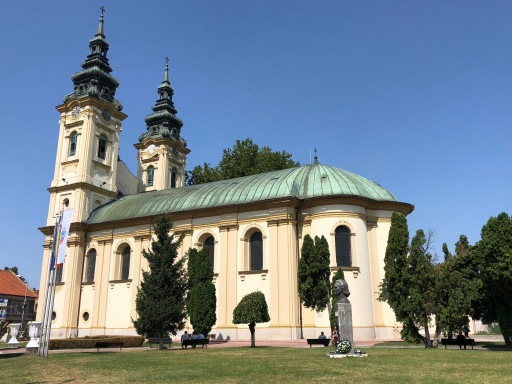 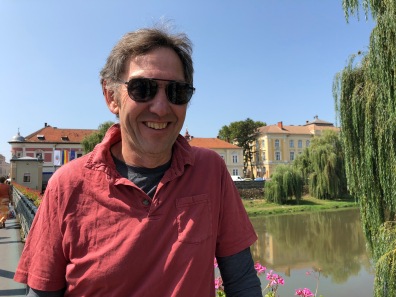 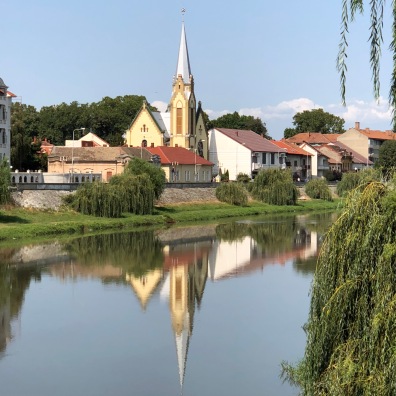 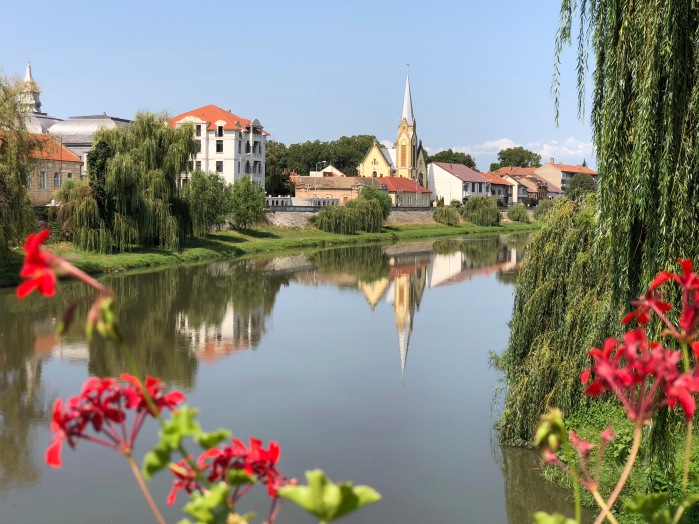 Despite aspirations for an early start this morning, we awoke to find that we had failed to appreciate that there is a time difference between Hungary and Romania, and hence we had lost an hour. We consequently breakfasted and packed up quickly, knowing that we had a long drive ahead of us.

Originally, we had hoped to spend more time in Romania, perhaps visiting Transylvania, and the capital, Bucharest. However, our plans changed after last weekend, when 150,000 protesters took to the streets in Bucharest, complaining about the Romania’s Social Democratic Party (PSD) attempts to weaken the judicial system and anti-corruption laws. Despite being members of the EU, the PSD are keen to manipulate the law, mainly, it seems, in order to protect themselves from being prosecuted under the more stringent EU regulations regarding corruption. The protests have been led by the country’s diaspora, who left the country after the fall of communism in search of work and a better life, who are now returning. Normal Romanian citizens are also very unhappy about corruption within the ‘democratic’ government, and unease is growing. Consequently, keen to avoid the reported tear gas and water cannon, we have decided to give the East of the country a very wide berth!

Our plan instead is to whip down the western side of Romania, largely shadowing the Danube, and crossing into Bulgaria in the west. After an hour or so of driving this morning, we came across the town of Lugoj. It looked pretty lively, and in need of a Romanian flag (we have been collecting them in each country we have visited), and a comfort stop, we parked up to take a look. I must say, we were pleasantly surprised. This town had the feel of somewhere that took pride in it’s appearance. It was clearly reasonably prosperous, situated on the River Timis, and has been an important textile and industrial hub for many years.

We walked into a pretty pedestrianised area, noting several churches en route. After purchasing our flag in the local bookstore (I always love a town with an old fashioned book shop), we crossed over the river on the metal bridge. We found ourselves in a glorious little square, surrounded by, this time, well kept, largely baroque town houses and cafes. Everywhere we looked, there was the red, yellow and blue Romanian national flag flying, and well kept attractive gardens. We stopped for coffee, then felt intrigued to see more. We walked into another square by the large town hall, opposite the large Catholic Church. An official from the town hall, seeing us reading an information board, stepped outside with a map and town guide for us. Who would do that in the UK?!! Duly impressed, we went to look at the 14th century St. Nicholas Bell Tower, once part of the monastery and the oldest building in Lugoj.

As we wound our way back to Oscar, we stopped off in a shop to purchase some more shower gel and some tissues, keen to use up the last of our Romanian currency. It turned out that we were just short on change, so rather than making us put the tissues back, the lady on the til did a calculation, and removed three small packs of tissues from our pack of eight, and called it a deal. Just wonderful! Howard pointed out that our morning expenditure, of coffee, flags and toiletries had cost less than one cup of coffee in Norway.

We continued on, first past flat agricultural land, with plenty of hand-made hay stacks, until suddenly the landscape changed dramatically, to wooded hills, as we hit the edge of the Carpathian Mountains. The going was slow, often following behind sluggish lorries on the winding single track mountain roads, occasionally seeing vendors on the side of the road selling apples and pears. Eventually, we crossed the mountains, and veered away from the Danube for a while, along the wide flood plain. As we approached the border with Bulgaria, the roads became decidedly bumpier. As yesterday, about two to three miles from the border, queues of lorries started to back up on the side of the road. We took our cue from other cars , who just carried on driving past the lorries, and so we followed.

However, as we took the final turn towards the border, we couldn’t help but notice that we were the only car on the road. There were still tons of lorries, but just us, slowly nudging to the border in the other lane. We got to the border post, and started to wonder why there was no-one else there, but us. We drove sedately up to the only green lighted booth. A very aggressive man demanded our passports and vehicle documents, I handed him our passports and car insurance. ‘NO’, he shouted. ‘Vehicle documents!’ Howard, thankfully, quickly laid his hands on our vehicle registration document. It was taken away with our passports. A few minutes later, we were waved on to the next booth, to collect our documents. Then onto the next booth, to pay our bridge toll. By the time we eventually left the border post, we were a heap of nerves. Not exactly a warm welcome into Bulgaria!

Then, as we drove across the bridge over the Danube, we couldn’t help but notice that we were the only vehicle on the bridge. We had a sort of apocalyptic moment! Had something happened that we didn’t know about? We continued driving, and eventually spotted an EU sign, and then the sign indicating we were in Bulgaria. But we were still left wandering, ‘Where is everyone else?”

We drove the short distance to the next town, where we were staying for the night. The town of Vidin sits on the banks of the Danube. It is pleasant enough, not quite as scruffy as Timisoara, but a close second. Like Romania, the town is in urgent need of a tidy up. We took a walk along the banks of the river and into the town. There were a couple of pleasant churches, and some interesting war memorials, and the remains of the old town walls, but nothing that compelled you to rave about the place. We returned to our room for the night, and had a tasty supper on the terrace. I must say, that even if they can’t sort out their infrastructure, they make a splendid bottle of Sauvignon Blanc – one of the nicest we have tried on our trip. Tomorrow we head for the mountains for a few days R & R in Oscar. I am looking forward to being in the countryside again, and a break from odd border crossings. But before then, we have a long drive ahead of us – the roads here are slow and winding. I think I hear the Beatles in my ear from our playlist …’The Long and Winding Road…!!”