Today, we bade farewell to Tallinn, but not before we had squeezed Oscar out of his underground car park. I walked out in front of the van, since I had to validate the ticket in the machine, and as Howard drove Oscar up the ramp, the 1.90 metre sign scraped on the top of the roof – oops! Thankfully, no damage done, but a little too close for comfort.

We headed west, through the flat, mainly arable countryside. For the first time since Portugal, we started spotting large storks, grazing in the fields and nesting on telegraph poles. We drove to a town called Haapsalu on the western Baltic coast of Estonia. Like other Estonian towns, it has changed hands many times in it’s history – under the control of the Danes in the 1500s, then falling into Swedish hands in the 17th century, before coming under Soviet control during the Great Northern War in the 18th century. The city flourished under the Tsars because of it’s mud. It had a special quality salt mud which was thought to have medicinal properties, and so became an important Spa town. Apparently, the Russian composer Tchaikovsky used to visit regularly to take mud baths. Under soviet control, this town was completely closed off to foreigners, but is now starting to attract visitors once more.

The main attraction though in this splendid town is the Episcopal Castle, built between the 13th to 16th centuries. Today, it is partly intact and partly in ruins. We walked around it’s grounds, as they were preparing to host a concert here, presumably as a finale to the Haapsula Music Festival which reaches it’s climax today. The Old Town is quite a picture, with a series of tree lined streets and brightly painted wooden houses, many slightly more shabby, than chic. The town was the birthplace of the Estonian-Swedish illustrator Ilon Wikland, who illustrated the popular ‘Pippi Longstocking’ children’s books, and a plaque points out the street where she lived, along with a colourful graffiti of her work along the wall.

In the town’s square, they were holding what seemed to be the equivalent of a village fete, with stalls, games and dancers. Everyone appeared to be having a ball. We took ourself off to a cafe, and yet again, had an amazing light lunch. The Estonians really do seem to know how to produce healthy excellent food – a real treat from the pizza /burger /fish and chips that was so common throughout Scandinavia. Over lunch, Ed Sheeran music was playing in the background. Howard acridly commented that we are never more than forty yards from Ed Sheehan (he resents his musical talent with a vengeance!), analogous with never being more than two metres from a rat! I love Ed Sheeran! 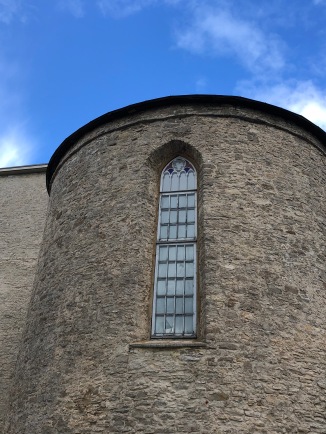 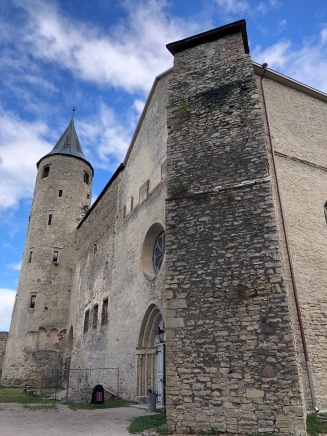 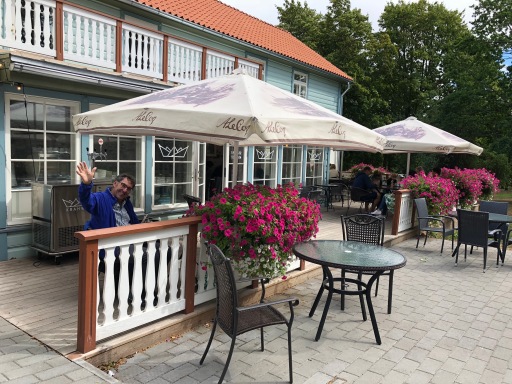 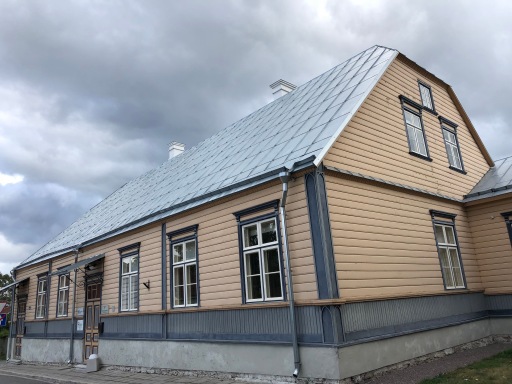 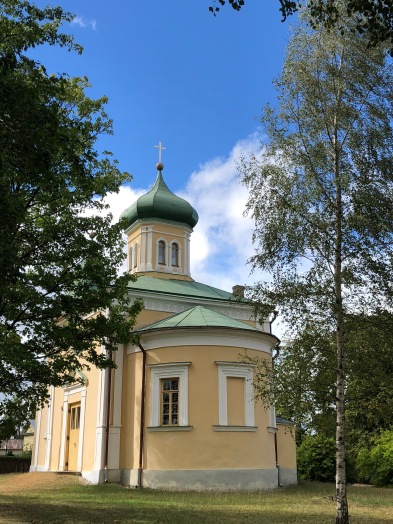 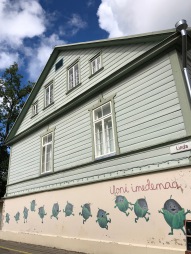 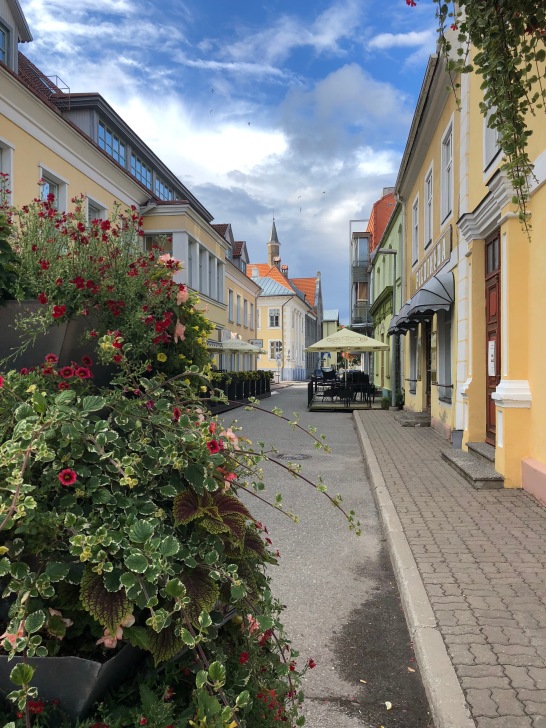 We then took a wander around the town. We walked past the attractive Orthodox Church, which had been closed during Soviet rule and used as a store for electrical materials. Continuing on, we reached the shore-line, looking out over the Baltic. The long reed beds here are hosts to many migratory birds in Spring and Autumn, and a large bird-watching tower has been situated next to the park for people to use. Further along, we talked along the ‘Promenade’, a lovely pedestrian walkway along the shore. Heading back into the town, we admired the pretty pastel coloured wooden buildings, before making our way back to Oscar.

Haapsula is a delightful place, and we had thought that we might stay in a campsite near-by. However, the weather forecast was dire, with frequent rain and thunderstorms, so opted to head southwards to a town called Parnu.

Parnu is often described as Estonia’s summer capital. It is the country’s premier beach resort, set on the outlet of the Parnu River, which divides the town in two. The town is similar in architecture to Haapsula, with plenty of pretty painted wooden houses, but larger, and in our opinion, less quaint. Like Haapsalu, it is prized for it’s mud baths. Unlike the former though, it is less tidy and lacks some of it’s charm. The pedestrianised town centre is pleasant enough, and a pretty park runs through to the river. We had planned to camp here, but the wind whipped up, and when we went to check out the campsite, it was little more than a car park, crammed with ‘Big Whites’. We did a quick about turn, and booked a modestly priced room in a guest house for little more than the ‘campsite’ was going to charge.

Before a make-shift tea of cheese and biscuits, we took a walk. We were intrigued to find that in the park there was a huge gathering of people. On closer inspection, it appeared to be sportsmen, dressed in shorts and t-shirts, lined up – forming about six lines of twenty or so men. Line by line, the person on the loudspeaker encouraged them to step forward, and then talked them through what seemed to be an odd dance routine. I imagine, that once all six rows had mastered their moves, they were going to all dance together to music. Sadly though, thunder clouds started rolling in, and we hurried back to our room, before having a chance to witness this extraordinary sight. Certainly not your average Sunday evening men’s activity! Sadly though, we had spent so long watching them rehearse, that Howard now seems to know ‘the moves’.

I am sad to report, that he danced his way all the way back to our guest house! I am thinking that I  will deserve a medal, after a year on the road with this man!!