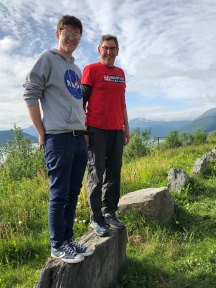 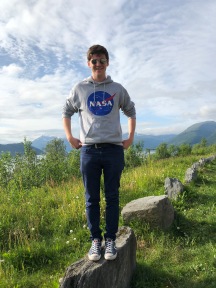 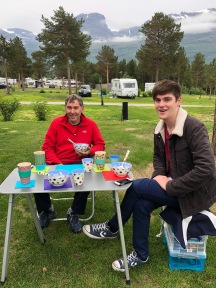 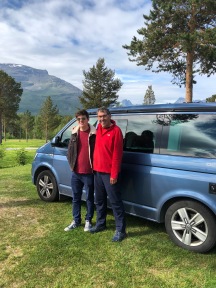 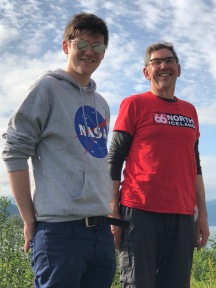 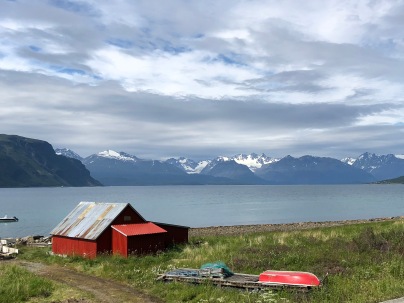 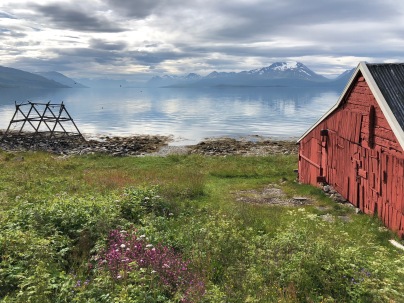 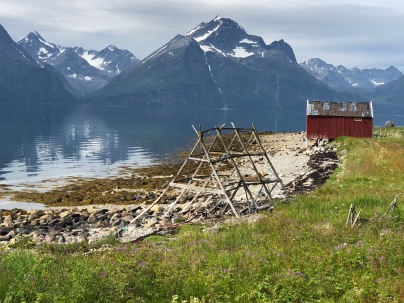 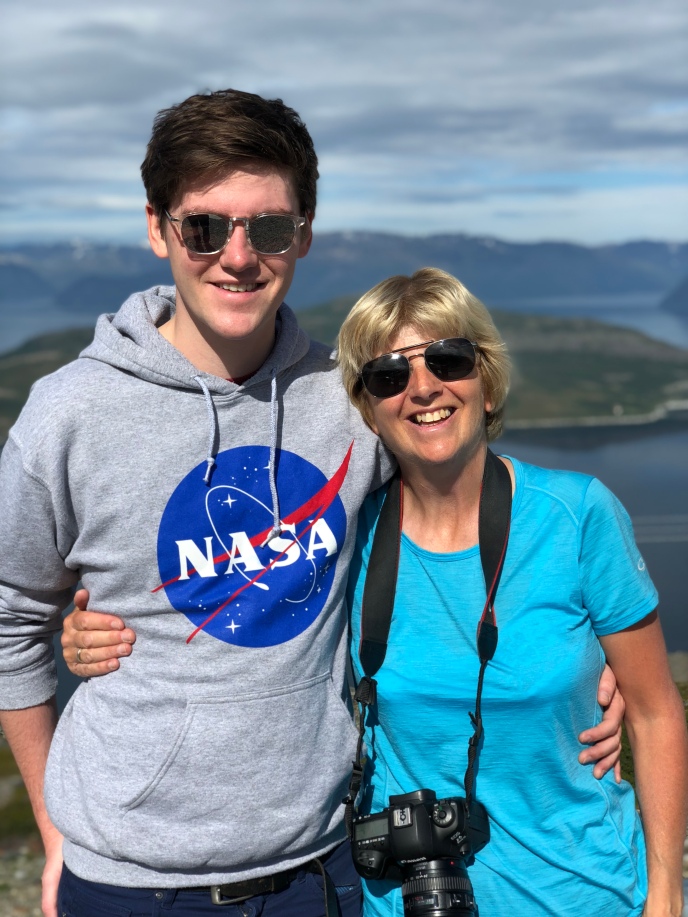 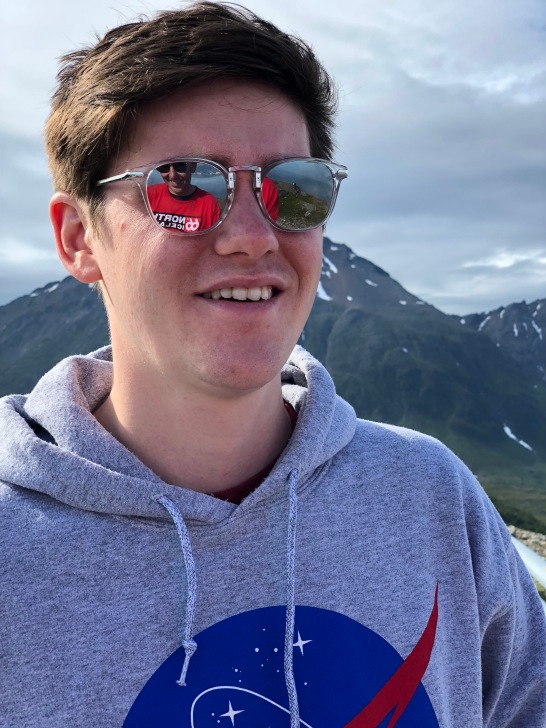 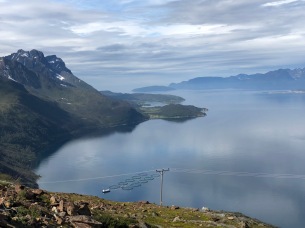 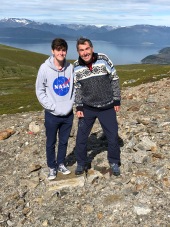 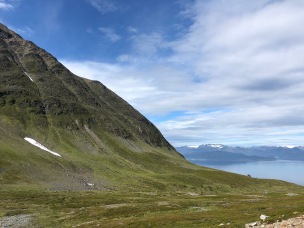 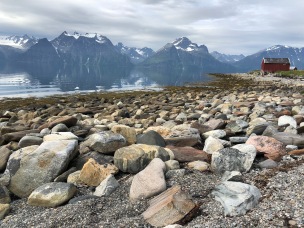 Our first night camping with Oliver went remarkably well. We had selected a lovely campsite, surrounded by mountains, with a glacier in the distance. We pitched up on a grassy area so that we could put up the awning and place Oliver’s tent inside. Howard cooked tea of tortellini and vegetable sauce, and we had a pleasant evening sat outside in the evening sunlight.

This morning we treated Oliver to our breakfast ritual of cereal with blueberries and banana, yogurt and orange juice, which he seemed to appreciate.

We then packed up, obviously taking longer than usual since we had to work out how to pack up the tent (much to the amusement of our neighbours!), and take down the awning.

We had quite a long drive today, all the way to Alta, at 69 degrees north. We stopped a couple of times at splendid viewpoints, looking out over the fjords. At one stop, we spied a herd of reindeer grazing on a patch of snow – remarkable. We stopped for coffee at the only real town that we passed through – pleasant enough.

The scenery on our route was utterly stunning – quite different from what I had expected. I was anticipating scrub and arctic tundra. Instead it was green, with steep mountains and fjords all along the route. We were lucky with the weather, and so we saw the fjords at their best. These fjords easily matched up to the more popular western fjords further south in Norway, but without the crowds.

We arrived at our campsite late afternoon, a small site but perfectly adequate. We had arrived just in time for Howard to see the second half of the World Cup final between France and Croatia – France won 4-2. Once more we managed to find a nice grassy spot to set up camp. We had vegetable omelette for Howard and Oliver, and I had scrambled egg for tea (pan not big enough for a three person omelette!). We also opened up the limoncello that we had bought in Positano, which went down well with Oliver. We purchased a new zappy insect bat, since I had managed to sit on ours – and we certainly needed it, even with the insect repellent coil burning in the awning. We are definitely in fly country now!

We got chatting to a Dutch couple and their 11 year old son, who had just travelled down from Nordkapp in their VW California. They were very interested to see our awning and external topper. I put them in touch with the California Club website shop, where we had sourced ours. Cali owners are always interested in each other’s set-ups. It’s also remarkable how much more friendly Cali owners are. Big White people generally tend to keep themselves to themselves, I guess because they have a living room and TV, and don’t need to sit outside with the bugs! They left us saying they would buy their son a pair of ‘eyes’ like Oscar’s night-time windscreen cover for his next birthday. I love Cali owners!!VV