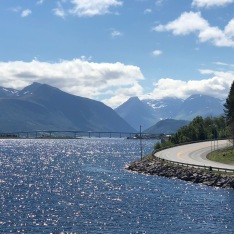 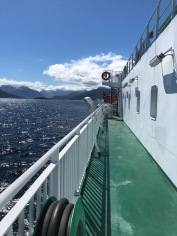 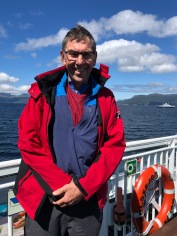 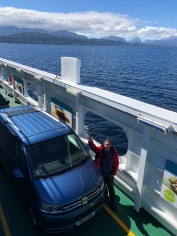 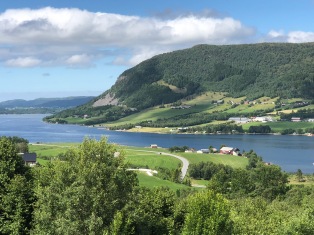 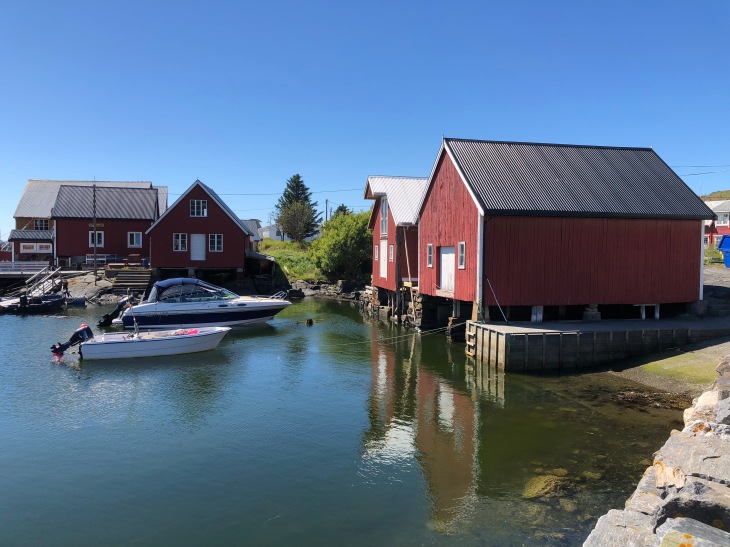 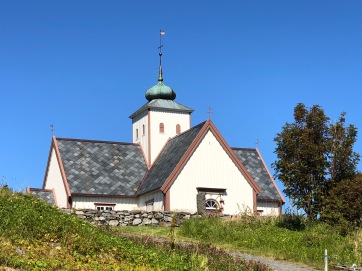 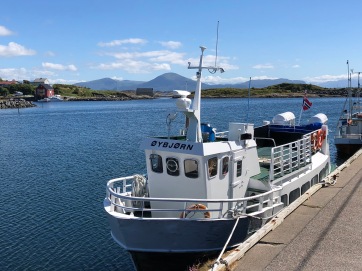 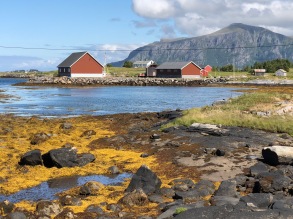 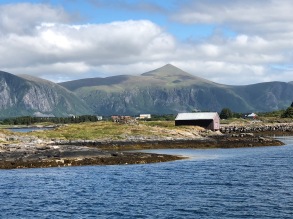 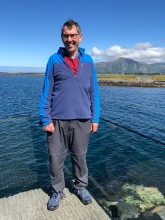 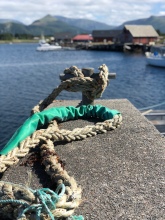 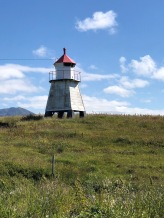 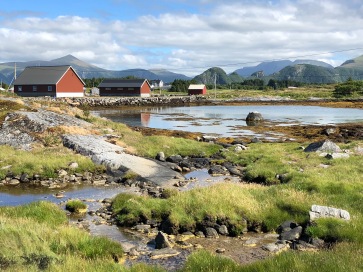 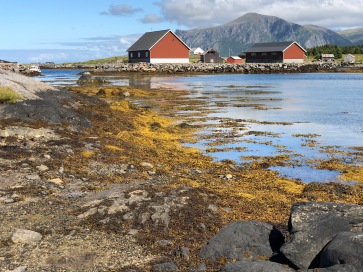 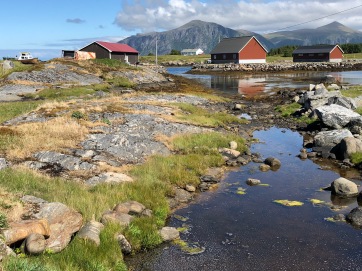 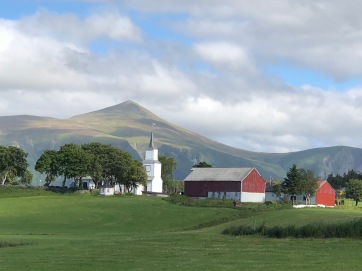 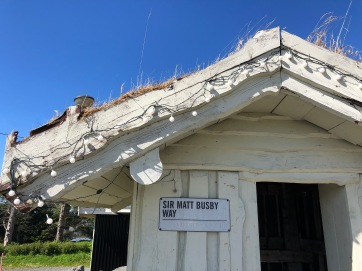 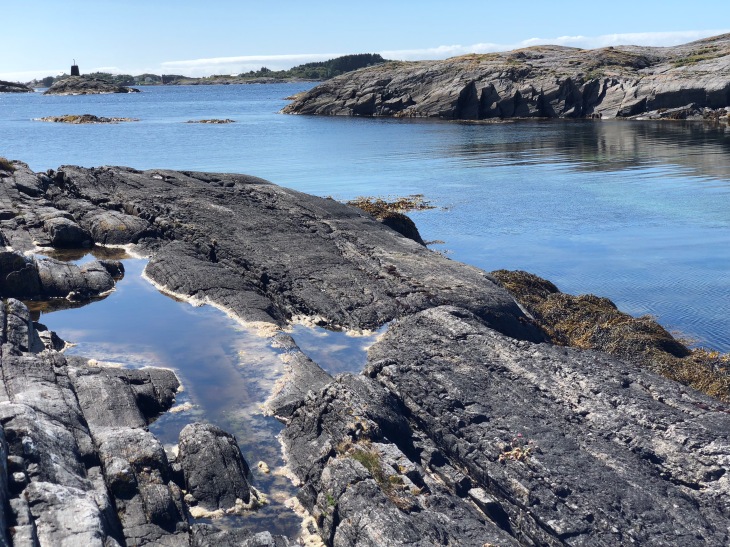 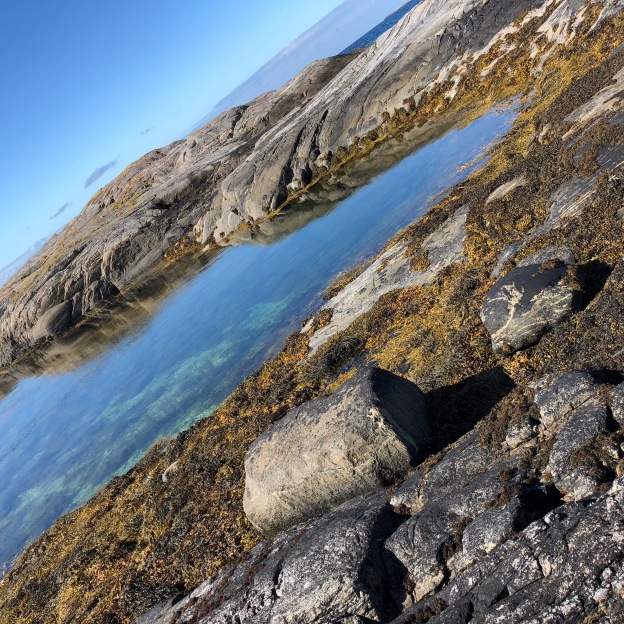 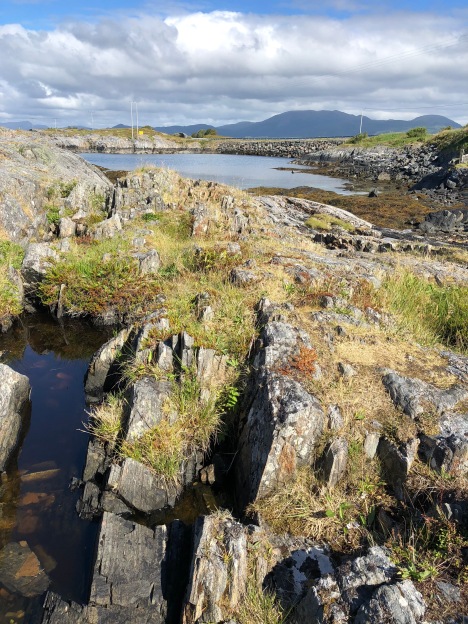 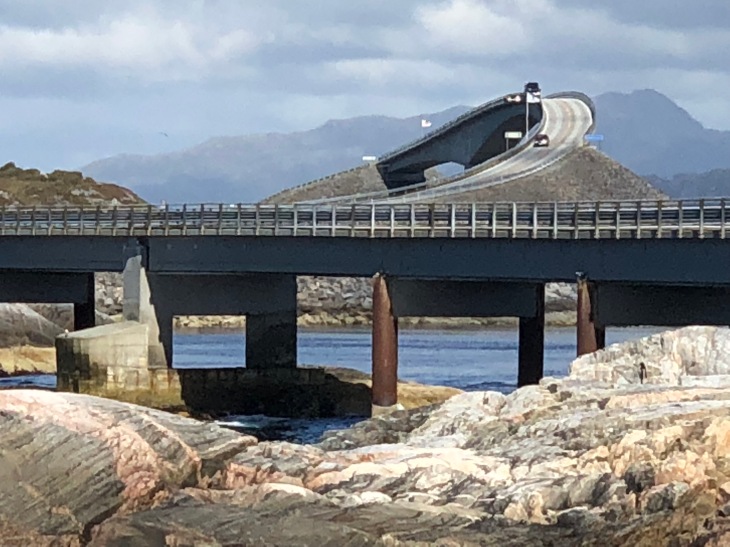 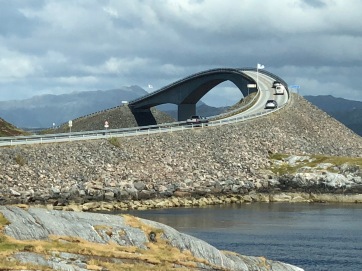 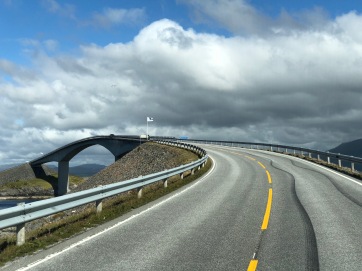 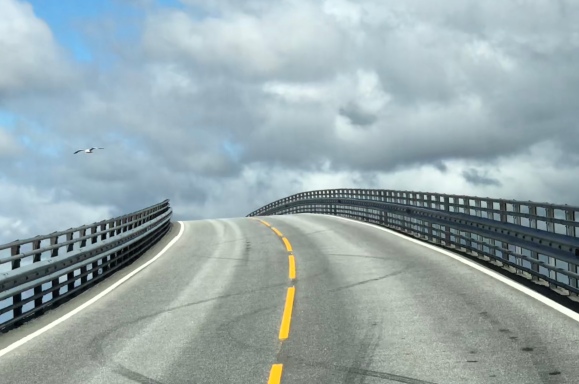 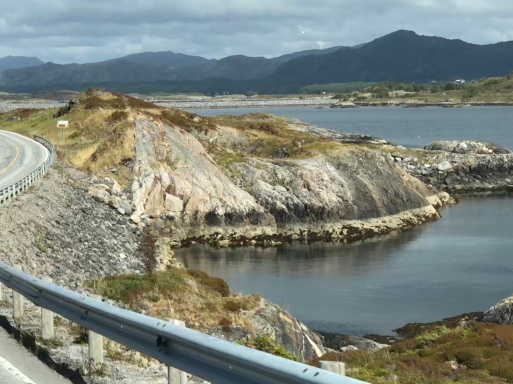 Today dawned a much brighter day in Alesund. After breakfast, I sought out a Specsavers, yet again, to get my glasses re-adjusted, since they had become loose playing table tennis.  One of the benefits of using the High Street brand to supply my glasses, is that there is a branch in virtually every moderate sized European town or city, which has come in very useful on this trip.

Job done, we set off eastwards along the shores of Storfjorden and Ellingsoyfjorden, with the stunning mountains in the distance, until heading northwards towards Vestnes. There was caught yet another ferry across Moldefjorden to the pleasant waterside town of Molde. A morning coffee stop beckoned, so we sat outside in the sunshine, looking at the town. We mused on the name, and for some reason suddenly remembered a pop song from the seventies called ‘Mouldy Old Dough’. Turns out it was a hit in 1972, for a group called Lieutenant Pigeon. They don’t make them like that anymore!! Our children will have absolutely no idea what I am talking about!

We then continued on our way, heading for the town of Kristiansund. Rather than travel the direct route along the main road, we had opted to drive the world famous ‘Atlantic Highway’. It took us most of the afternoon to wiggle and weave our way along this sublimely beautiful coastal route.

We stopped for a while at a town called Bud, which had a pretty little church and harbour, and pristinely kept weather-boarded houses. On a mount just above the town was a series of gun emplacements, left by the Nazis from their occupation in the Second World War. From this vantage point, we could see across the town and out across the Norwegian Sea to multiple little islands.Ten kilometres or so further north, we branched off the main highway to a place called Askevagen. This was the site of huge kelp beds, harvested in the past for potash and iodine production, but now a source for alginates used in wound dressings. Here you could also walk along to a glass-fronted viewing platform, enabling you to get a 360 degree panorama of the archipelago of islands and coastline.

We stopped a couple more times, just to take in the views, before coming to the climax of the route – the Storseisund Bridge, which appears to defy gravity, and twist and curl to Averoy Island. It looked a pretty daunting prospect before we drove onto it, and at it’s highest point, reminded me a little of a roller-coaster ride.

This truly is a wonderful drive, and we were very fortunate to be able to see it in such good weather. On a bleak windy day, I am sure the Atlantic wouldn’t look anywhere near as appealing!

Eventually we approached Kristiansund, and located our campsite for the night. It looks an interesting coastal town, which hopefully we will explore tomorrow. It is famous for it’s Salted Cod. Frankly though, I’ve eaten so much cod on this trip so far, I’m not sure how much more I can manage.

As I type, Howard has just set off the fire alarm, by trying to light the fire in the communal room on our campsite. He has just thrown water on the fire, opened all the windows, and is stood on a table, waving cushions around frantically, trying to dissipate the smoke from around the smoke detectors. I think the Fire Brigade may arrive shortly! I am finding it hard not to laugh at this moment in time. The other campers are looking less pleased – the alarm is exceedingly loud. I’ll update you tomorrow – I may have to evacuate the building, and retreat to Oscar!

Still no photos – what does the cloud do with them for two days?!!