Today was a bit of a tardy start. We seem to be getting later and later at packing up and leaving campsites. Check out time was 11am, and we presented ourselves at reception to pay at 10 seconds to eleven. It was another beautifully sunny day here in Denmark – but according to the chap on reception, we have managed to bag ourselves unusually warm and fine weather this past week – usually it is cooler and more changeable. The forecast for tomorrow though is rain with thunderstorms, so we made the most of our sunny day.

First we headed back into Faaborg for morning coffee and a walk round the harbour. We chose a cafe in the pretty square opposite a large bronze sculpture. We had noticed it the day before, and had been a little puzzled as to it’s nature. On closer inspection, it appeared to be a man and a cow intertwined – the man suckling on the cow. Then a smaller figure, maybe a child, was being licked by the cow. Very odd indeed. So sitting in our vantage point in the cafe, we were able to observe the reactions of people as they came across this rather bizarre statue. A group of six German tourists appeared – three couples. One of the men was particularly interested in the sculpture, and took photographs of it from all angles. Then the others joined in. At one point, two of the women were climbing onto the statue to try to decipher it, whilst all three men took photos. In all they spend about ten minutes discussing it’s merits. It was hilarious to watch, or at least, it amused us. Little things!

Eventually we dragged ourselves away from people watching, and set off to do a little bit of shopping. The reason being, we are going to stay with some Danish friends tomorrow, and wanted to arrive bearing gifts. If you have followed this blog from the onset, you may remember that way back in February, we met a couple from Denmark on a campsite in Seville. They are fellow VW California owners, and after chatting with them on the bus into Seville, they had invited us to stay with them when we came to Denmark. They emailed me again a week ago to make sure that we were coming – and so that is where we will be staying tomorrow!

It’s amazing the number of lovely people we have met on our trip so far. In the end, remembering that Birthe loves her garden, we decided on a plant. The lady in the florists got chatting, and we explained it was a gift for a couple we had met on our travels. She repeated what Birthe and Niels had said to us -‘When a Danish person invites you to stay, they really mean it’. She was also very intrigued in our trip, and said it would be her dream to do what we are doing. Of course, she is right – we are very lucky to have the opportunity to travel like this, although we have met a surprisingly large number of people doing something similar. At the onset of this adventure, we thought we were quite unique – it turns out, not at all!

Gifts purchased, we set off on our way. It was a rather slow meandering journey up along the west coast of Funan. A couple of times, we completely ignored Boris and Natasha, and followed our noses, after seeing little signs with a flower on them. It turns out these mean ‘viewpoints’ or ‘places of interest’. After following one of these signs we ended up at the most glorious viewpoint called ‘Queen’s View’. It immediately made us think of the ‘Queen’s View’ back in Scotland, looking out over Loch Tummel. This view looked out over the countryside to the coast, and the Archipelago of little islands that sits offshore the west Funan coast. A splendid view, but I’m afraid it didn’t quite match the Scottish version. Nevertheless, it was a good spot for our picnic lunch.

A little later, we got side-tracked again, to a little harbour town of Faldsled. There were a plethora of really pretty thatched cottages, and a small harbour with mainly pleasure boats. At this point, Howard pointed out that as the crow flew, we were still only eight miles away from Faaborg, and really needed to press onwards. So we headed on through Funan, and back over the Little Belts Bridge into Jutland. 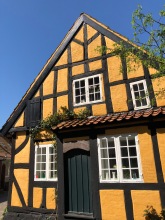 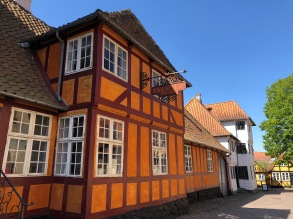 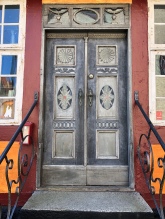 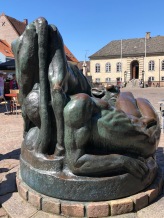 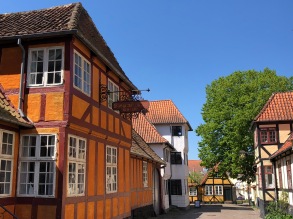 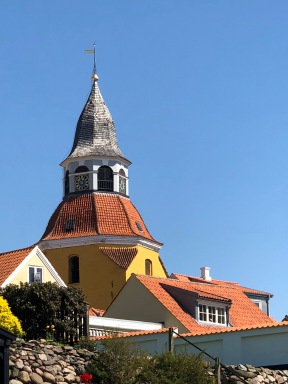 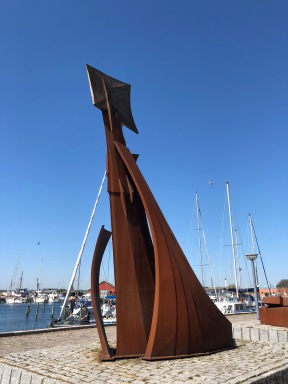 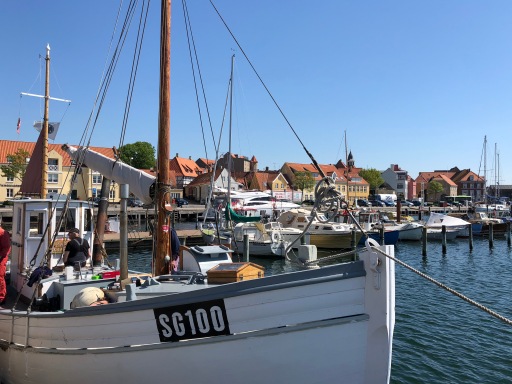 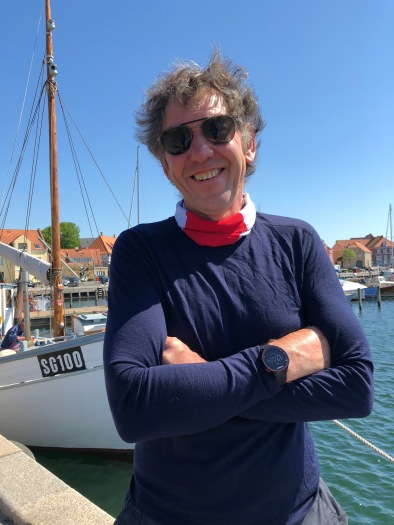 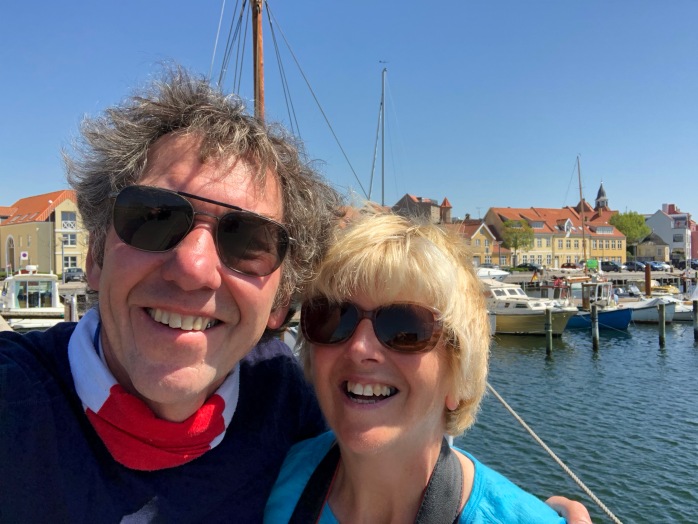 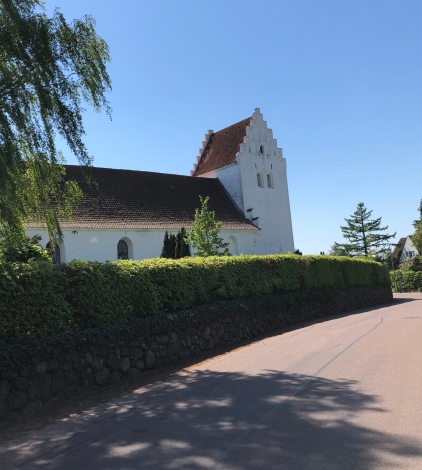 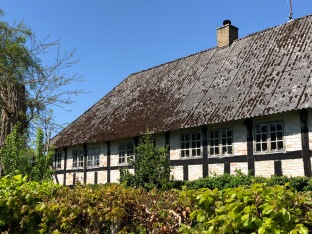 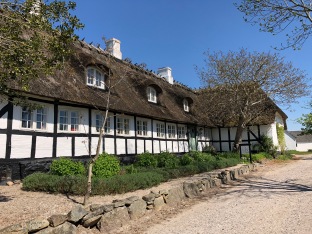 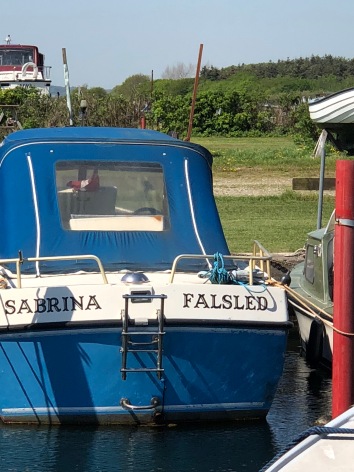 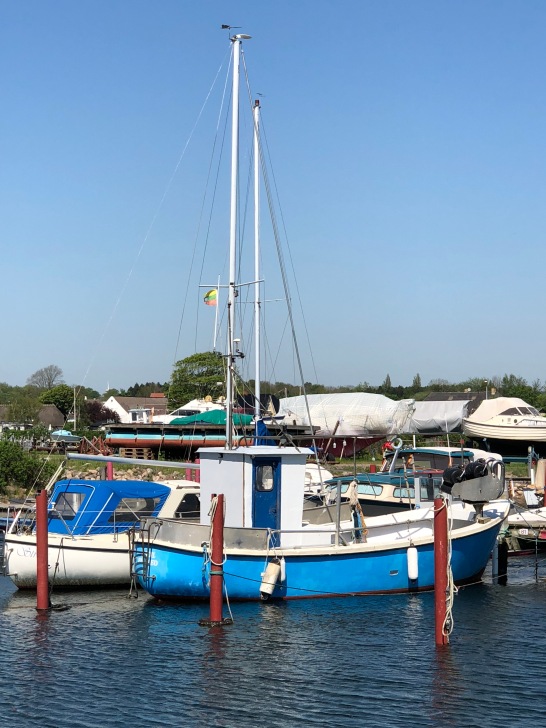 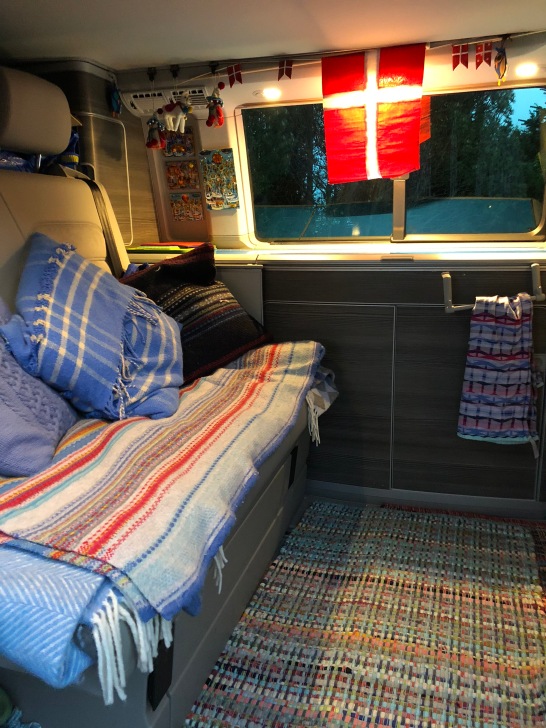 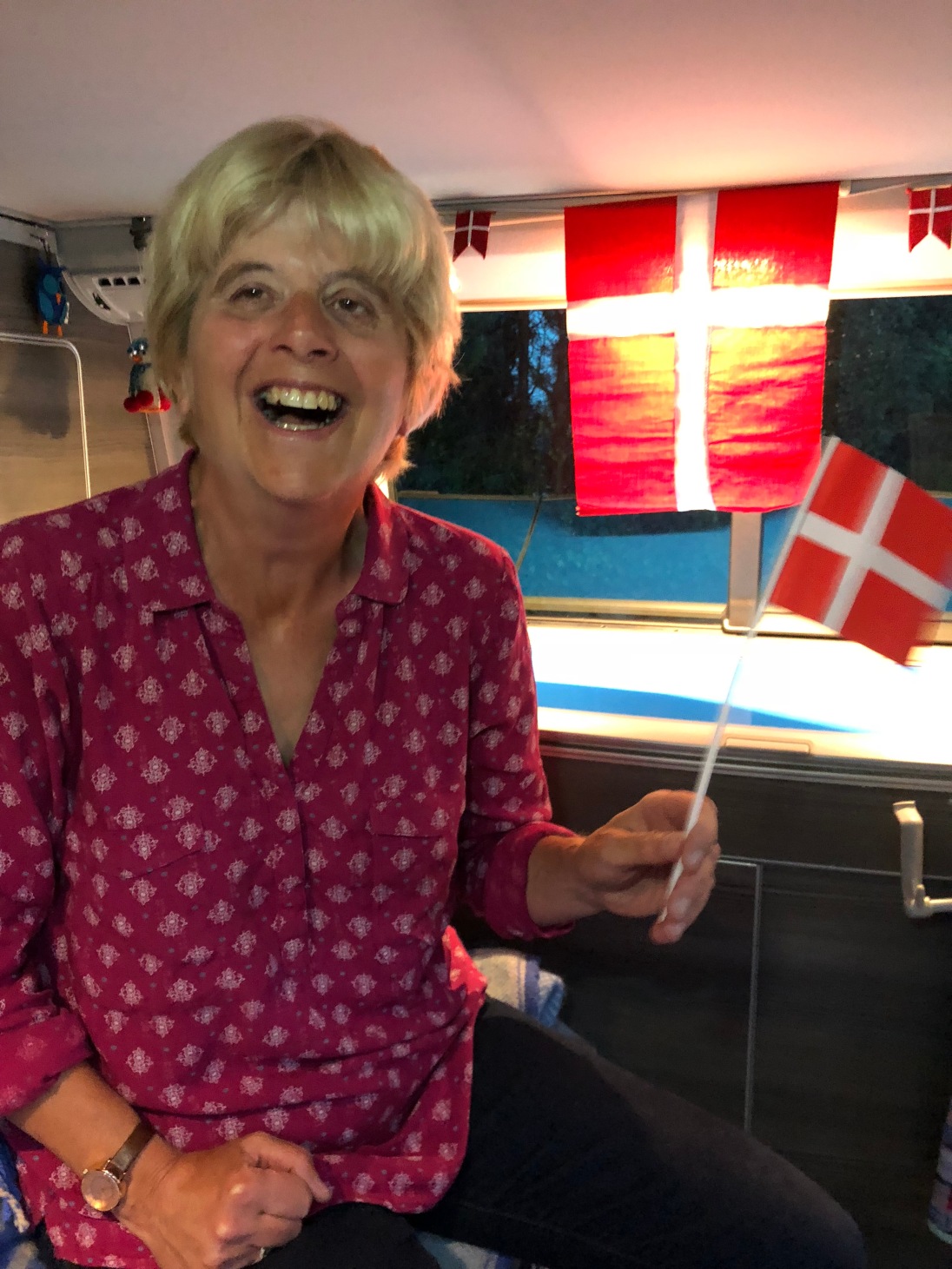 Tonight, in preparation for seeing our friends tomorrow, we have been pimping up Oscar. We decided to decorate him with the Danish flag in honour of our hosts. You can see the result in the photos. I think you’ll agree – they should be impressed!

I’m not sure if I’ll have time to blog tomorrow, but I’ll let you know if the decorating went down well in due course!