Today has been largely a day of doing chores and chilling. After a rather late breakfast, we set to on the cleaning, having been embarrassed by the reaction of the Danish border guard at the state of our van.

First job was the fridge – long overdue! We eventually threw out remnants of cheese from Italy, lemons from Sicily and the tomatoes from Croatia. I was shamed by Howard at the number of bars of chocolate I had stockpiled (in case of emergencies, you understand), and also saddened by the last of the Caorrun. No matter, since we are having a week off the booze – a bit like ‘Dry January’, but not as long. Now that we are no longer tempted to sit outside in the sun eating our supper with a glass of wine in hand, we have decided to be abstemious for a while. It was so cold last night, that we had the heater back on, and today even heralded the return of Howard’s woolly hat.

After the ‘kitchen’ area was done, we tackled Oscar. After our long drive up through Germany, he was looking a little grubby. So we shampooed, washed and rinsed the boy until he was gleaming.

After doing a few administrative jobs on the computer, we then decided we deserved an outing. Howard had been keen that I do a bit more driving, now that the madness of Italy is a distant memory, so we set off down the coast, towards a little town called Svendborg. I chose to take the pretty rural route, and Howard did comment that I couldn’t have picked quieter roads to drive, if I’d tried. But nonetheless, it got me back behind the wheel, so at least I can relieve Howard occasionally.

Svendborg is a yachting town, with a harbour full of old sailing boats, and a pretty town centre. The buildings here are so different from what we have seen on the rest of or trip so far – many with medieval timber framed construction, some with crow step gables, and in the countryside, many thatched properties. The thatched roofs here are finished off with a lattice of wooden timbers on their ridges. This is apparently to protect the thatch from the strong winds they get in these parts. 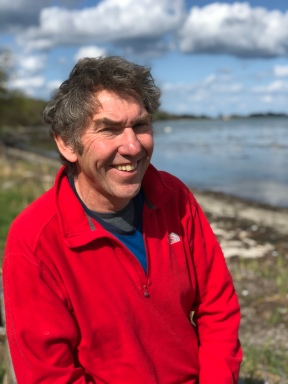 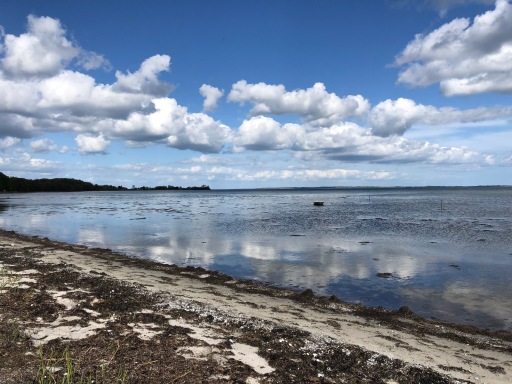 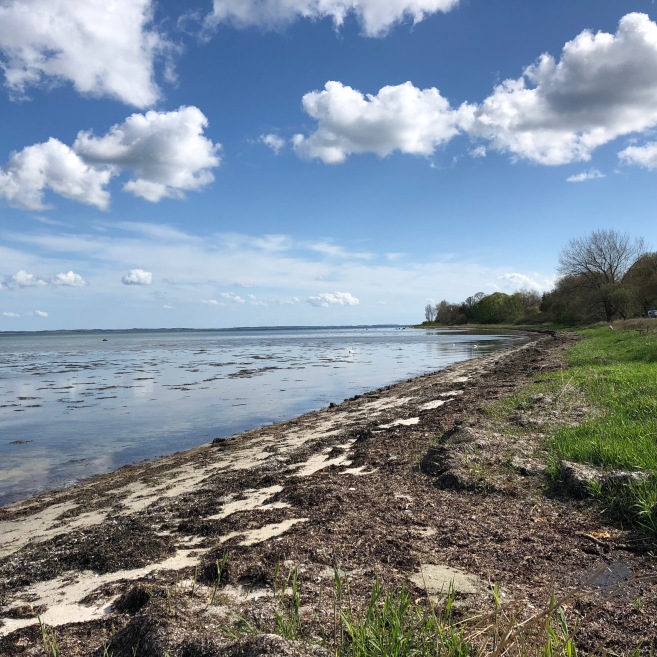 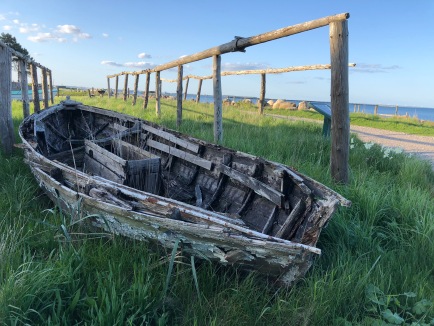 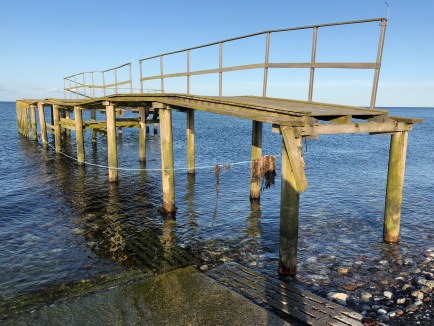 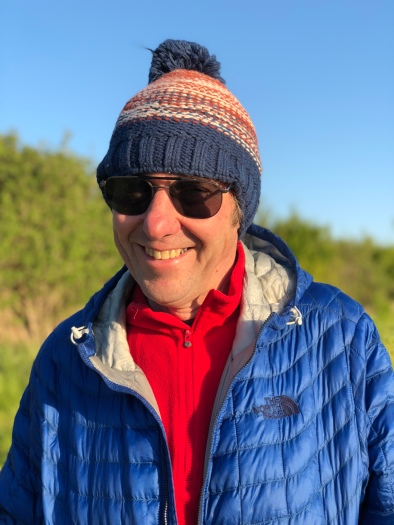 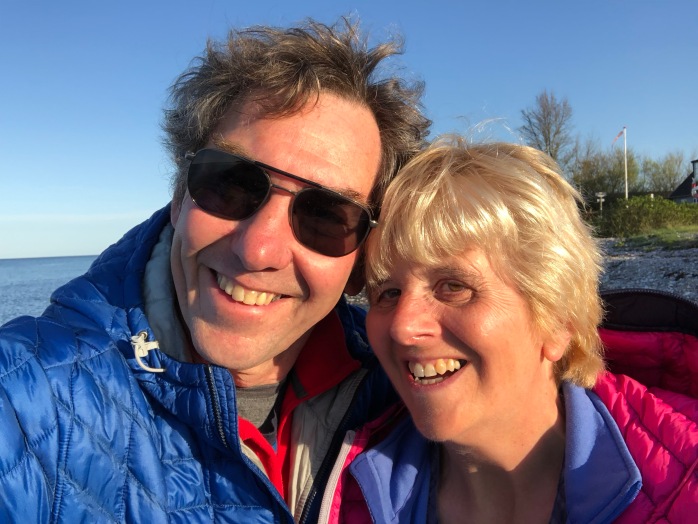 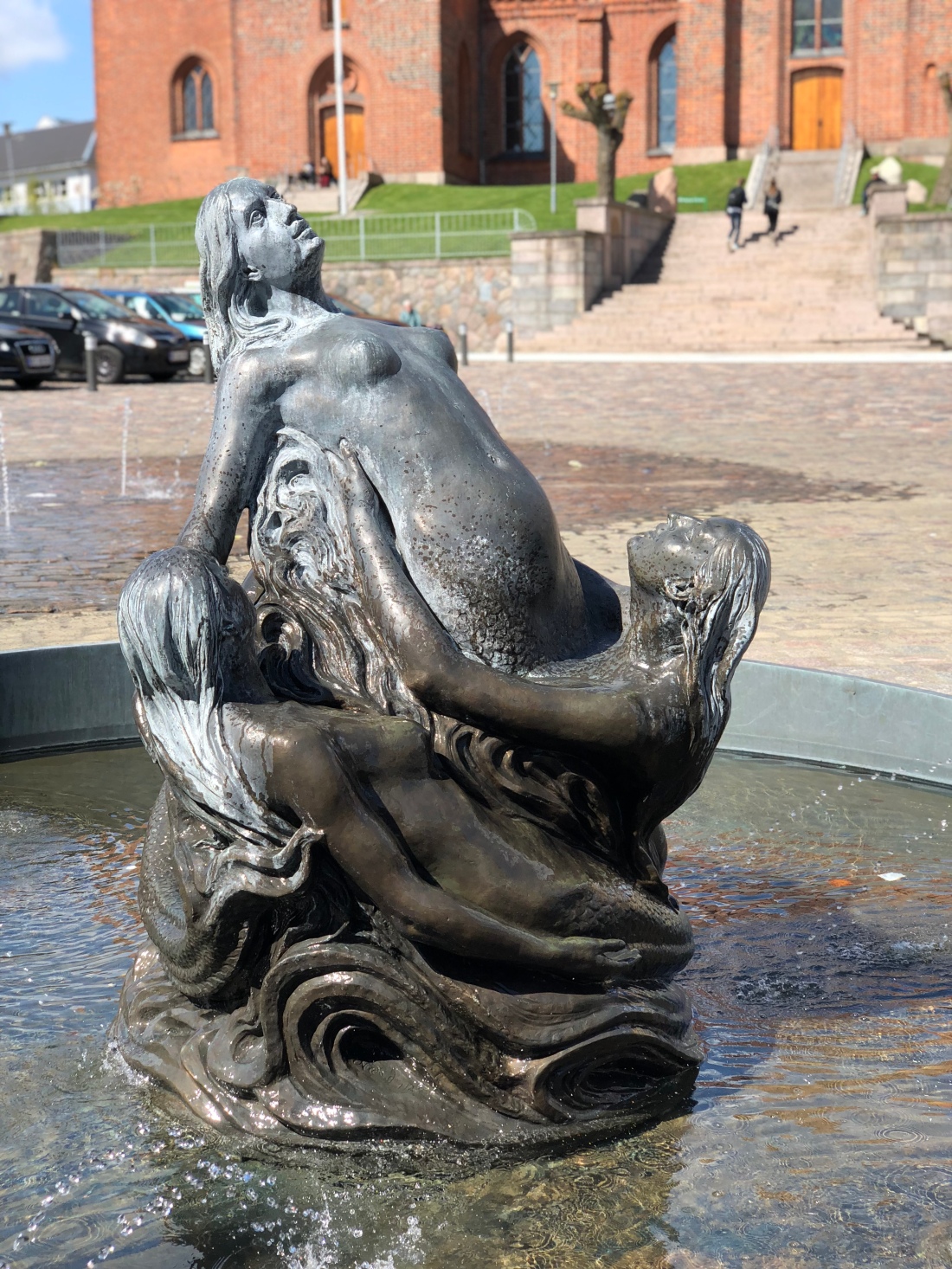 We stopped for a late lunch in a pleasant square with a fountain, and a rather puzzling mermaid sculpture (reach your own conclusions from the photo!). It was the first opportunity we have had to sample the Danish cuisine, and so we decided to go for the traditional Smorrebrod – open sandwiches on buttered rye bread, and very tasty they were too. Our next stop was the harbour, partly to have a look at the boats, but also to follow a hunch of mine. I had heard that Camping Gas is not available in Iceland or the other Scandinavian countries – they use a different type of gas with a lower freezing point. However, our California only takes the standard Camping Gas found in the rest of Europe. Being a harbour frequented by yachtsmen, I suspected that there may well be a chandlers somewhere around. My hunch paid off, and we left with a spare bottle of gas, which hopefully will see us through the next part of our trip.

On the way back to the campsite, we stopped off along the coast, in an area that did not look too dissimilar to the banks of the Tay estuary. I must be starting to miss home, since back at the campsite, as I started to type my blog, I looked out across the water, and in the distance I saw a rowing boat. It was a long way off, probably out of Nyborg Harbour, but I could have sworn there were four rowers and a cox, just like our Scottish Coastal Skiff. I shouted to Howard to come and look, and he agreed. My Google search failed to find any connection, but maybe on our way out of Nyborg tomorrow, we’ll hang by the harbour and have a look.

Tomorrow we’re heading across the 18km bridge to Zealand. I’m hoping for light winds – it really does look very high from where I’m sitting!