It’s amazing what small things give us pleasure these days. Tonight, we went out to cerebrate, not because it was a birthday or anniversary, but because, at last, we had sourced a new Campingaz cylinder! We had been searching for a refill since arriving in Sicily, and despite various suggestions, everywhere had drawn a blank. Even our helpful campsite owner from Darlington had been unable to come up with the goods. So tonight, as we were driving towards our campsite, I spied out of the corner of my eye a shop with the sign ‘Pesca, Nautica, Campeggio’. Then through the open door, I saw a flash of something blue. I shrieked at Howard to stop. He duly did an emergency stop, and we parked up and went to investigate. In the two minutes it took to walk back to the shop, the door was shut, indeed locked. But peering through the window we spied a gas cylinder. Initially thwarted, a car drew up, and an exceptionally good looking Italian popped out, and went to a buzzer at the side of the door. Some frenetic exchange went on in Italian, and then the elderly shop owner appeared through a door from the adjoining property. In desperation, we showed him our empty cyclinder, and Hey Presto – he had one! Our joy was limitless – I think the old boy couldn’t understand our extreme excitement – but it meant that we were no longer in peril of not being able to make a cup of tea! So tonight, we went out to celebrate with a pizza and a large glass of wine. Little things!
Back to today. Last night was wild again, with lashing rain and winds. It was the first time we had been grateful of being parked up in the lee a ‘Big White’, this one so huge you could have set up a small bed and breakfast inside.
We set off inland to explore some of the Sicilian countryside. First we followed the coastal plain towards Gela. Not dissimilar from Southern Spain, there was a profusion of polytunnels growing mainly tomatoes, but not in such the high intensity of Spain, at least leaving some land in between for wildlife to thrive. Turning inland, we started to see fields of artichokes and verdant green countryside. He headed towards Piazza Armerina, but on a complete whim, based on reading a paragraph in my guidebook, we hung a right, and headed up to the hill town of Caltagirone, famed for it’s ceramics. I had seen in my book that it had a flight of 142 steps up to the church of Santa Maria del Monte that had been decorated entirely in ceramic tiles. We parked up on the top of the hill and went to explore. It was indeed quite a sight, with the flight of steps leading down to the square below, and from the top offering wonderful views of the surrounding countryside. We stopped for a coffee in the piazza below, and then had the exertion of climbing all the way to the top again to reach Oscar. We then headed towards Piazza Armerina, and onto Villa Romana del Casale, an amazing Roman villa, with the best preserved mosaics in the world. The villa is believed to have been the home or hunting lodge of Co-Emperor Maximillian, who ruled between AD 286 – 305. The mosaics depict aspects of everyday life, from hunting, sport and dancing. The most famous mosaics housed here are in the ‘Room of the Ten Girls’, and depict young women, dressed in bikinis undertaking sporting activities such as discus throwing, weight lifting and running. Interestingly, a group of adolescent school children arrived just before us at the entrance. They raced round the site at a speed of knots, but when we caught up with them, they were all gathered around the bikini girls. I guess even ancient mosaics must have their appeal!
Heading on, we continued through the beautiful Sicilian countryside. We were surprised to see whole fields of Prickly Pear cacti, apparently that are harvested for their fruits, rather unfortunately called ‘Bastardonis’. We also started to see large orchards of almond trees, with their beautiful pink blossom. Interestingly, we had seen similar blossom well over a month earlier as we drove through Portugal. We had expected Sicily to be warm, but certainly since we have been here, although bright at times, it has definitely been jumper weather most of the time. The locals are still wearing their puffer jackets.
Tonight, for the first time since the Picos de Europa, we have a VW California for company on our campsite. Needless to say, our initial delight was slightly dampened when we saw a bawling toddler appear from inside. However, all is quiet now – so hopefully he won’t wake us up too early. 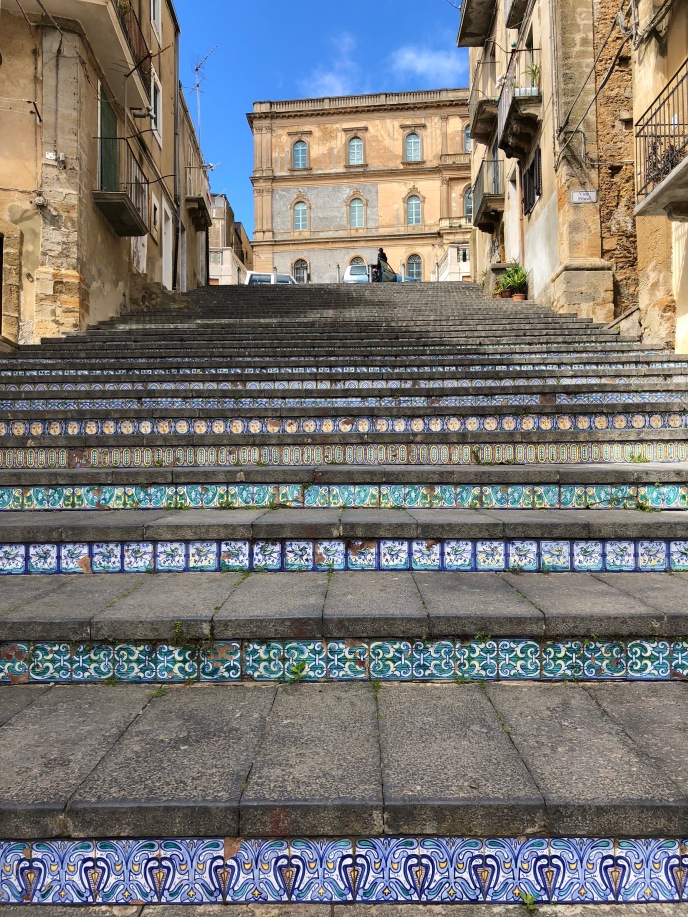 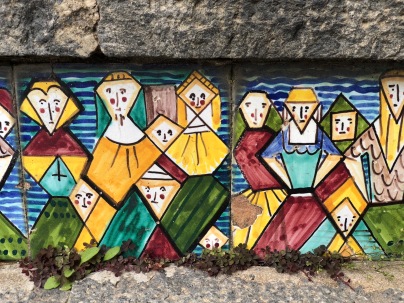 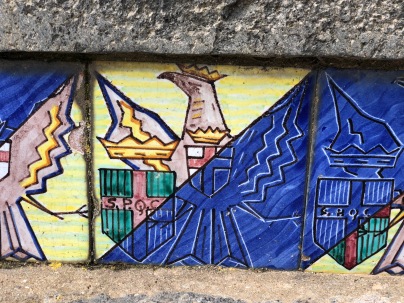 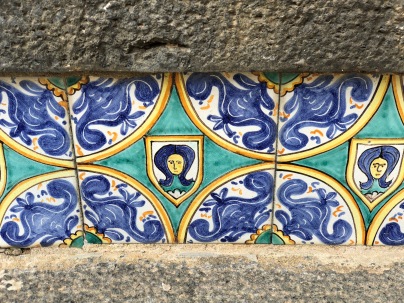 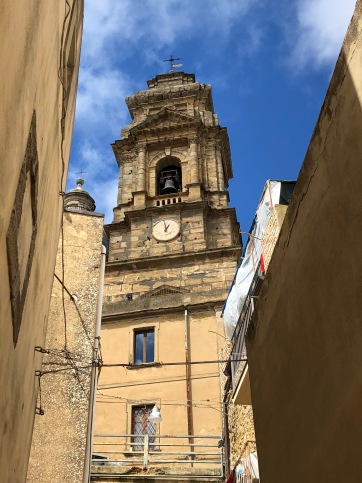 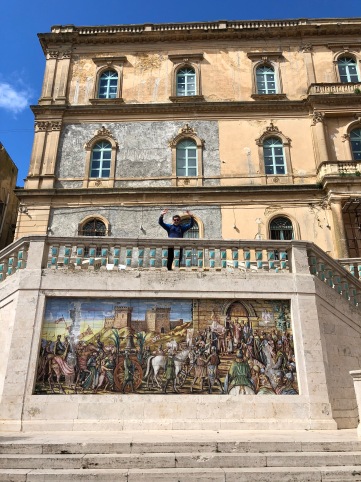 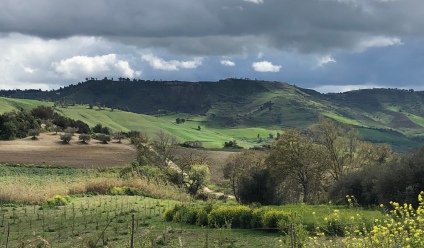 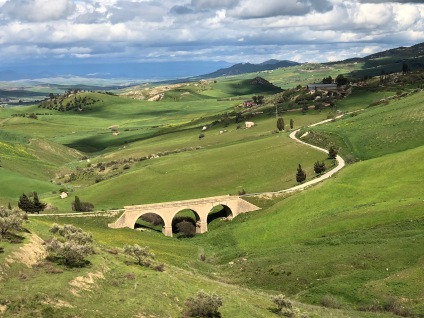 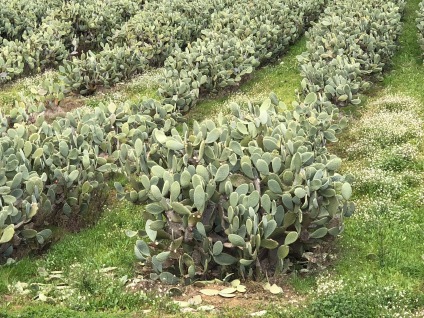 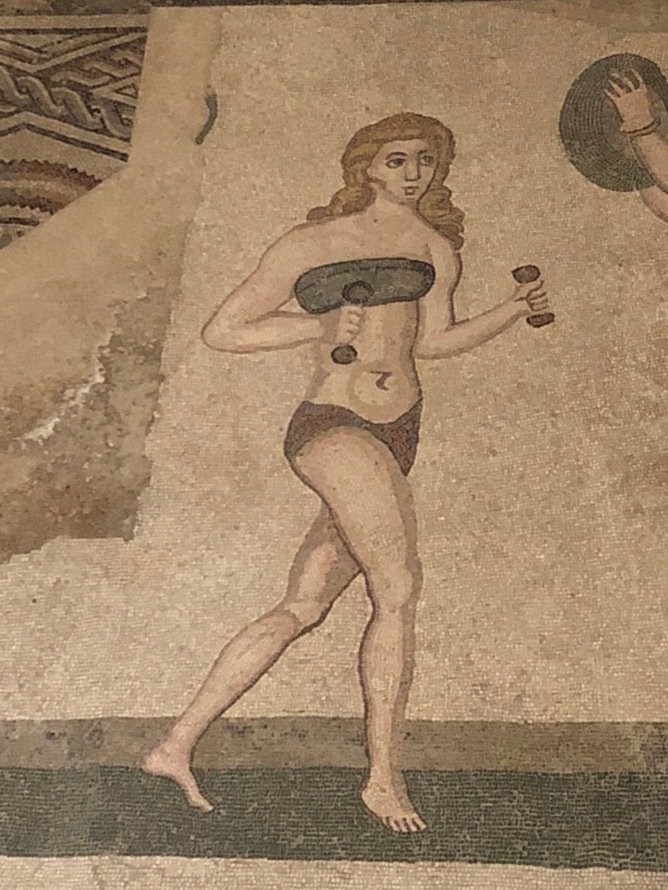 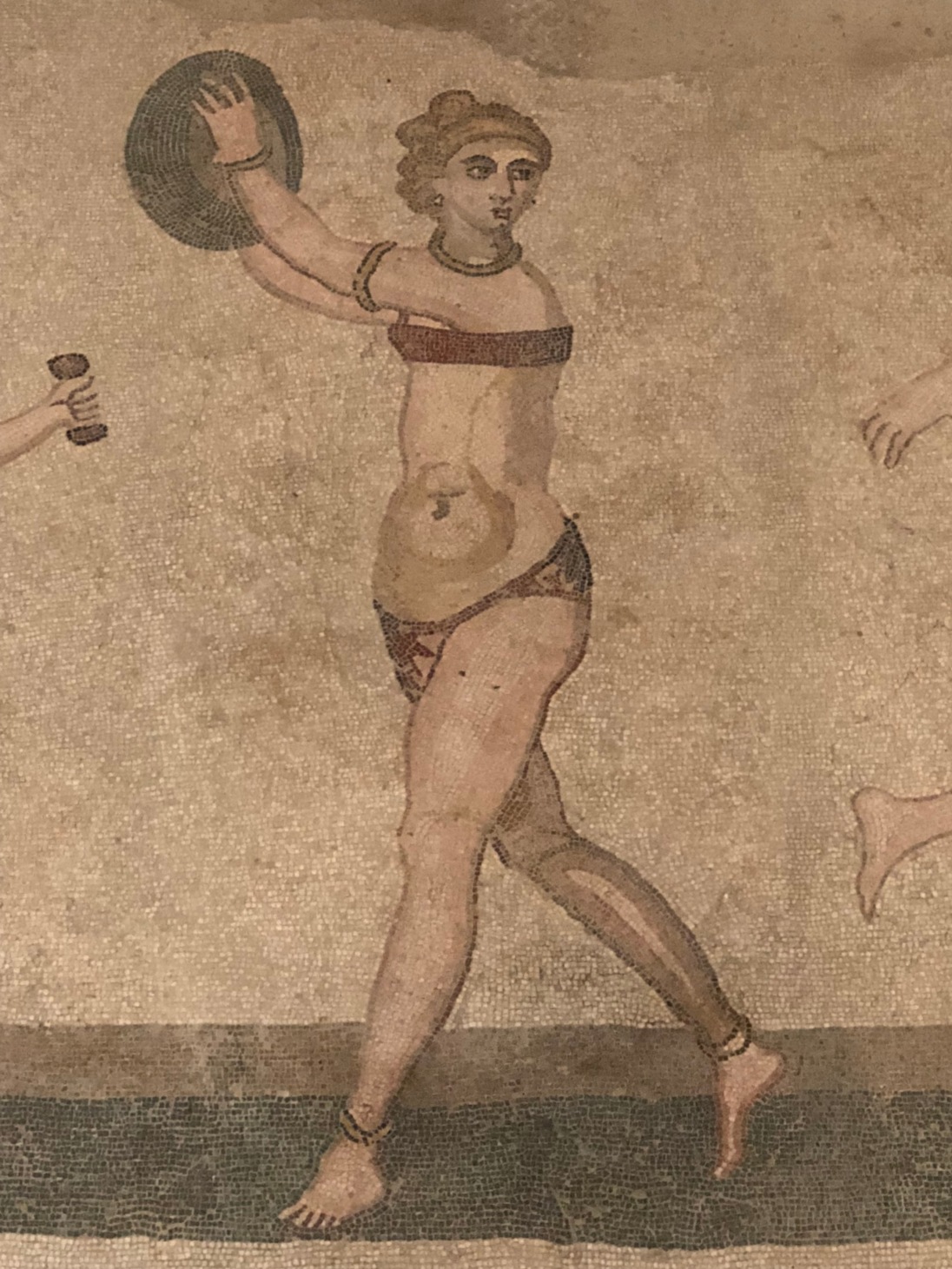 But if he does, at least we now have the gas to make a cup of tea!