It was a windy night last night, but thankfully Oscar was well sheltered in the spot we had chosen. In the morning, after his run, Howard suggested I come down to the beach, where a crowd of onlookers had gathered. Due to the high winds in the past few days, the tide was at it’s highest for over five years on this stretch of the coast, and the waves at times were encroaching on the entrance to the campsite. 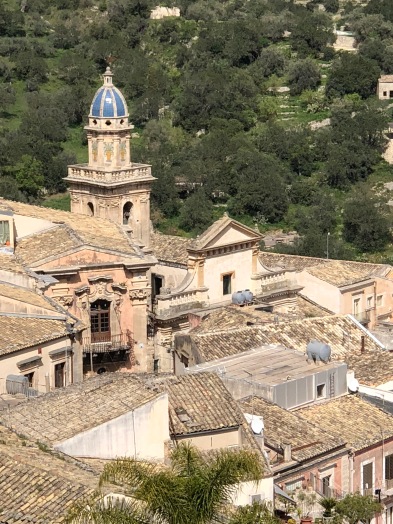 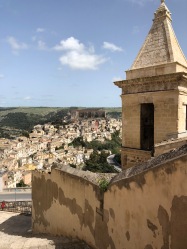 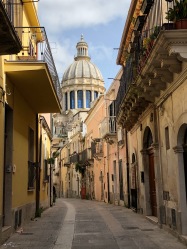 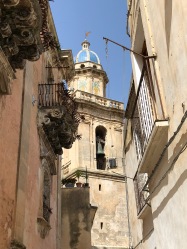 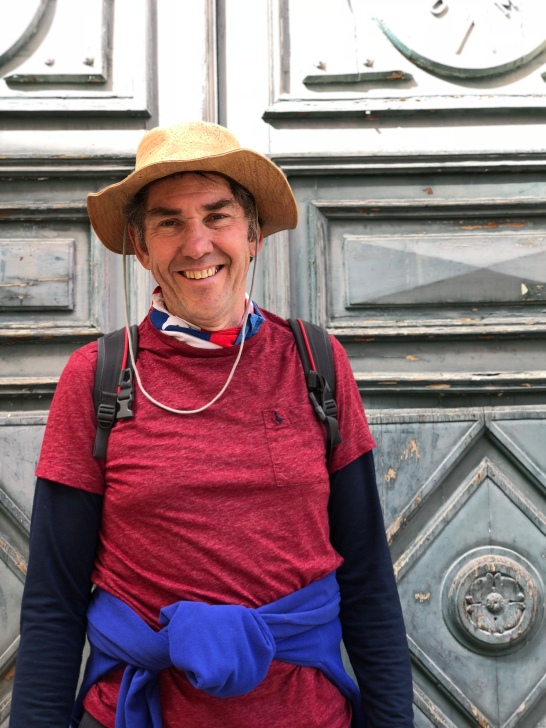 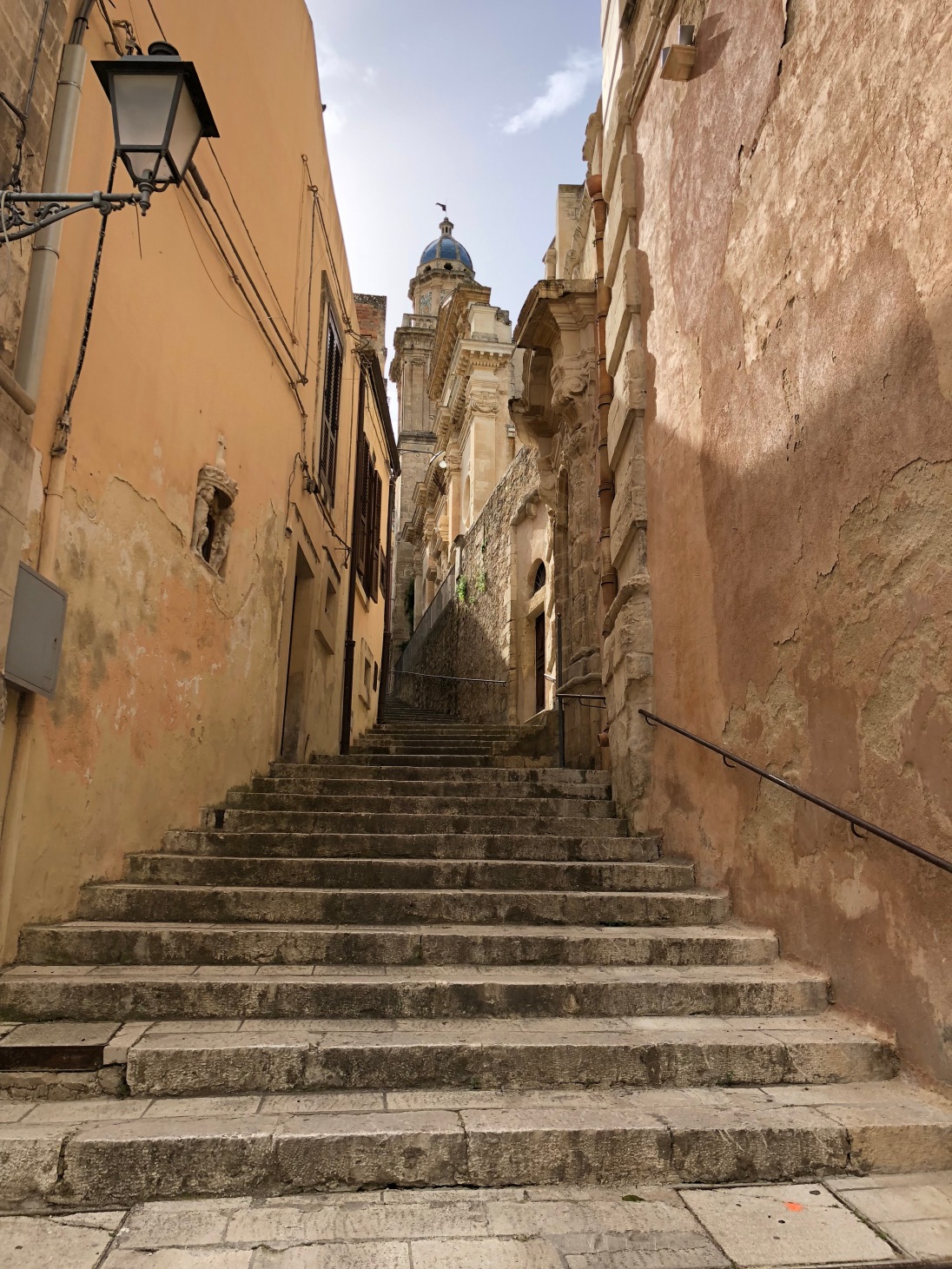 I urged Howard to stand on the raised wooden ramp that led to the beach, and of course, the inevitable happened – one pair of very wet running trainers. The sacrifices he makes for my art!
Later, we headed off to a town called Ragusa, which sits about fifteen miles inland. The town itself sits on a rocky promontory, and back in 1693 the old town was largely destroyed by the earthquake that hit the region. The new town of Ragusa was built high on the ridge, largely in a Baroque style similar, but not quite as OTT as Noto, where we visited yesterday. However, the people of Ragusa decided to not to let their old original town decay, and painstakingly restored it’s beautiful stone buildings over a period of time. This old part of the city sits adjacent but below it’s newer neighbour, and is connected by a series of winding steps – 333 to be precise. It is the older part, known as Ragusa Ibla, that is the real start of the show.
As you wind your way down the steps, you are rewarded with the most splendid vista of Ragusa Ibla in front of you, with it’s jumble of rooftops and church spires. Entering the old town, you are met with a rabbit warren of narrow and steeply inclining streets, which some way or another, make their way up to the elegant cathedral of Saint George, which sits in a large square, Piazza Duomo. It is just splendid – the perfect place to meander your way through, taking in all the varying surprise vistas that greet you at every turn. It was like stepping back in time, rather shabby at the edges, but wonderfully picturesque. Once more, the place seemed almost deserted – I guess maybe the effort to climb down the steps, up the hill to the cathedral, back down and up the steps again to Ragusa must put a lot of people off.
We sat down at a cafe in the square overlooking the Duomo, and just as we were thinking we had the place to ourselves, a coach load of schoolchildren arrived, having been dropped off by their coach at the bottom of the square. There must have been at least sixty of them, all chattering excitedly, and admiring the cathedral. They all posed on the cathedral steps for a photo, and then one of their teachers came over, and asked Howard if he could oblige by taking the picture. Well – you would have thought he was a professional photographer! He took on his task with gusto, shouting at them all to look, and then shouting again (some gobbledygook, but definitely not Italian) each time he took the photo. Wrapped up in the moment, I fear that Howard was paying more attention to entertaining his audience, than taking the photo. I decided not to interfere, but I could see quite clearly from the angle that he was taking the photograph, that he had chopped at least half of the cathedral off. Never mind, he seemed to enjoy himself, and the children were also pretty amused by the strange jolly man in the cork hat!
Visit over, we had a futile search for a new gas canister on the way back to the campsite, having successfully acquired AdBlue on the way in. Thankfully, our campsite owner from Darlington seems to be on the case.
So another good day. Howard is pleased to have got all his steps in, and I am left wondering what the teacher will think when she gets home tonight and checks the photos on her phone – half the class with half a cathedral, I am suspecting!