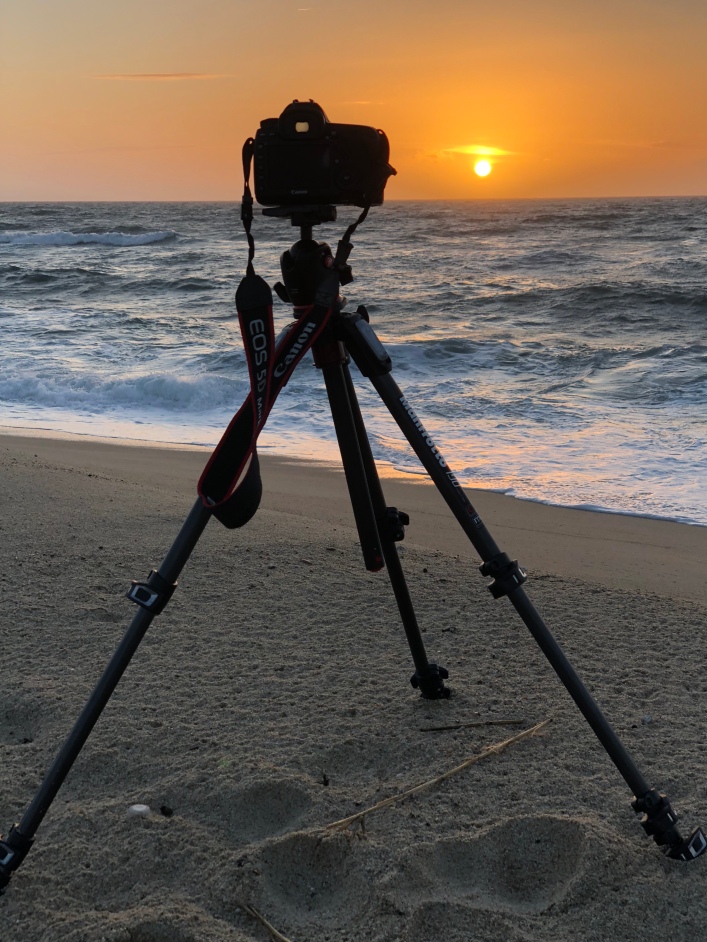 We had rather a delayed start this morning due to a certain someone, not naming names (but it wasn’t me), losing the car keys. Eventually they were found wrapped in the duvet in a stuff sack in the wardrobe, but that wasn’t before we had completely emptied the van, having only just packed it all up. My mother’s favourite saying came to mind – ‘a place for everything, and everything in it’s place’. At the time, her incessant chanting of this phrase used to irritate me, but now I know what she was getting at!
We headed initially south hugging the Ionian Coast to Crotone and beyond. It was a sunny day, but quite windy, and the Ionian Sea looked splendid with white horses on the turquoise green water. All along the route, we noticed little lemon yellow flowers, growing like weeds at the side of the road, and yet more olives groves. It beggars belief what they do with all these olives! It has been the predominant crop all throughout Spain, Portugal and Italy. Add to that the Greek olives, and there must be an EU lake of olive oil somewhere, along with the butter mountain. I cannot believe that all these olives can possibly be consumed, either as olives or olive oil, but maybe I’m wrong. At our coffee stop this morning, I watched a group of Italian lorry drivers tuck into platefuls of mozzarella wrapped in parma ham. They then proceeded to drown the entire plate in olive oil – so maybe they were single-handedly reducing the olive oil lake I have been imagining!
We crossed over the width of Italy at it’s thinnest part of the foot, and headed towards the Mediterranean once more, although a I note from my map that at this point it is called the Tyrrhenian Sea. We passed through a charming ramshackle town of Pizzo, and followed the coast around the peninsula to a town called Tropea. This old town sits on a rocky promontory looking out to sea, and at it’s base is a gorgeous white sandy beach. We parked by the beach underneath the old medieval town and looked up at it’s precarious cliff top houses. On a promontory at the end of the beach sits a beautiful white church, which stood out beautifully today in the sunshine against the turquoise blue waters below. We climbed up a series of steps up to the old town and had a wander around. The architecture is apparently a mixture of Norman, Moorish and Baroque, and has the typical narrow streets overhung with balconies, opening out onto tiny squares. In the summer months, this place is teeming with visitors, but today it was not really open for business. There were plenty of restaurants, but all seemed closed, and we eventually found the one coffee shop /gelateria that was open, and treated ourselves to a coffee and ice-cream.
We wound our way on to our campsite for the night. It is situated right on the beach, and as we pitched up, the sun was starting to set. I am delighted to report that I have gained a reprieve for my tripod, against Howard’s three month rule, since optimistically I set it up, with the hope of a pink coloured sky. At the last minute, the sun sunk behind clouds, so I didn’t get my shot – but at least Howard saw me using it – so it stays!
Excitement is mounting, as tomorrow we should make it to Sicily. We are on the look out for men in black overcoats and dark sunglasses!

3 thoughts on “Day 62 Ionian Coast near Crotone to Rosarno, Calabria”