So for the first time this trip we set the alarm clock, in order that we could catch the first bus into Seville from our campsite. As we set off, we followed a steady flow of people walking to the bus-stop, and whilst waiting for the bus to arrive we got chatting to a couple from Denmark. We told them that we would be up in Denmark in May to catch the ferry to Iceland, and they gave us several good tips of places to visit.
The bus trip into the city took no time at all, since the bus driver must have been a former Formula One driver. He certainly made our Scottish buses seem very sedate.
As we approached the city centre, the bus travelled along a gorgeous wide stately road, similar to the Mall in London, but lined it’s full length with orange trees, heavily laden with fruit on all their branches. It dropped us off by an elegant park, very close to the Cathedral. After stopping for coffee and breakfast, we headed straight for one of Seville’s star attractions – the Alcazar. It is truly the most stunning piece of architecture you can imagine. It was originally started in 913 as a fort, but has been reconstructed and expanded many times over the centuries, by both Muslim and later Christian rulers. It now consists of a series of palaces, courtyards and quite splendid formal gardens, the architecture showing strong influences from the era ruled by the Moors. The gardens are just beautiful, forming a series of rooms, linked by wonderful archways and topiary hedges, not so dissimilar to Sissinghurst Gardens in Kent, but on a much grander scale. At every turn, another vista comes into view – a fountain, a brightly coloured tiled bench, a glimpse of a courtyard beyond. Inside there a beautiful tiled floors, tapestry lined walls and intricate carving on the stonework, often showing characteristic Muslim patterns. The whole thing was a feast for the eyes, and we ended up spending several hours just wandering around, taking it all in.
Needless to say, Howard often wandered off whilst I was taking photos, but no fear that I lose him now – he has become quite easy to pick out in a crowd. Yes, you guessed it – he wore his new hat!
Eventually we dragged ourselves away and took a look around more of the city. Seville’s cathedral is the largest in Europe, or at least, the biggest by volume. Sadly, we didn’t leave ourselves enough time to warrant the queue to look inside, but just walking around the periphery gave us a sense of it’s scale. We then took a meander through the streets and alleyways of Seville. It appeared that every local was sitting outside a cafe eating or drinking – clearly Saturday afternoons are a very social affair in Seville. Not wanting to miss out, we ventured down to the river, picked a restaurant with a terrace looking across the water, and sat and had a late lunch of Tapas. Whilst waiting for our order, Howard critically appraised the rowers – eights, single-scullers, and double-scullers out for their afternoon training session. I must say, even I thought they were a tadge relaxed in their stroke rate, but Howard thought they were being taught technique over pace. Both of us would have loved to have joined them, and certainly the rowing conditions looked much calmer than on the Tay.
We were so late leaving the restaurant, we ended up having to grab a taxi back to our bus stop, for fear of missing the last sensible bus back to the campsite. At the bus stop, who should we meet once more, but the couple from Denmark we had met earlier in the day. We chatted on the journey home, and it turns out, that like ourselves, they are VW California owners. They had spotted us driving into the campsite the night before, and being he only Californias on site (the rest being ‘Great Whites’), we formed an instant bond. They were heading off to Portugal next, so we donated them our two Portugal guidebooks (frankly saving us the postage home), and in return, we now have an invite 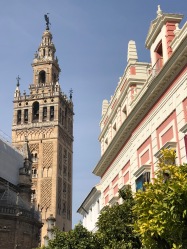 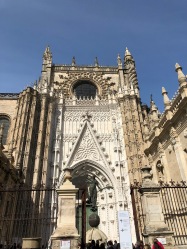 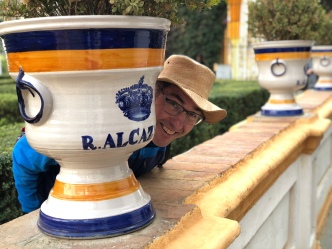 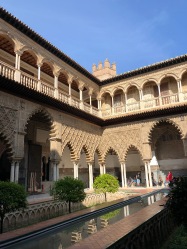 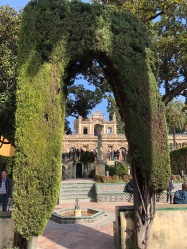 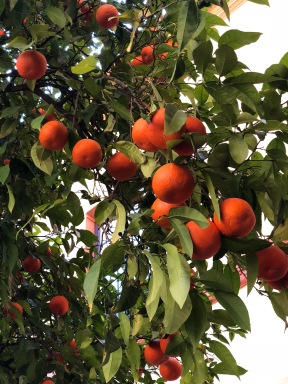 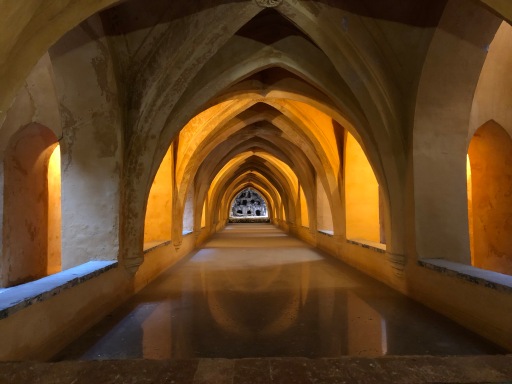 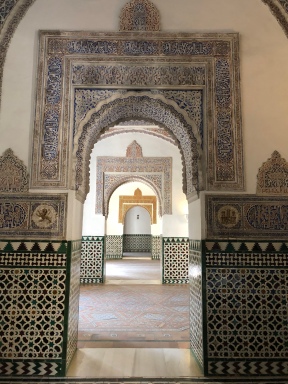 to stay in Denmark, when we drive up in May to catch our ferry to Iceland.
We were both really impressed with Seville, and could easily have spend several days longer exploring this beautiful city, but we are heading to Cordoba in the morning to pick up a dongle (I’ll explain in due course). Howard, meanwhile, still thinks he looks good in his new hat!