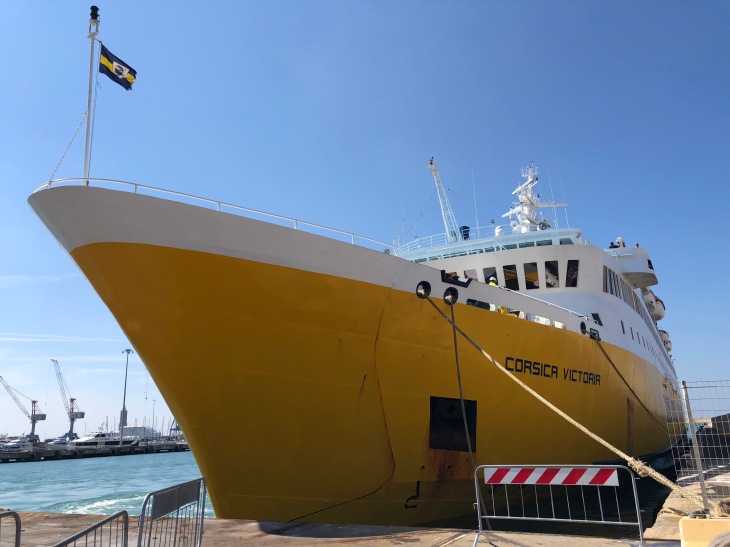 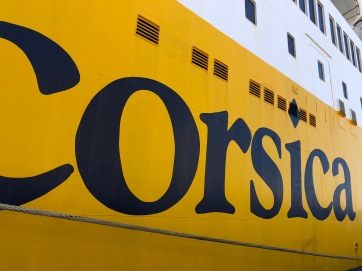 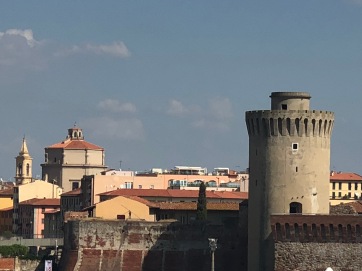 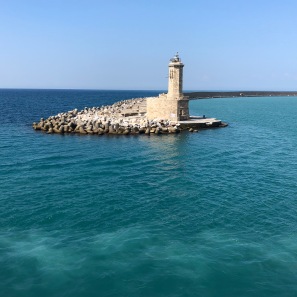 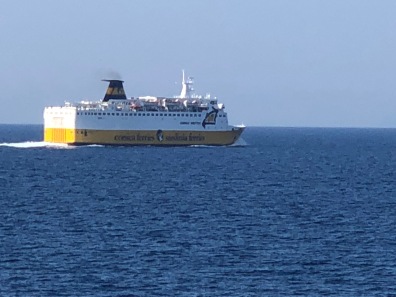 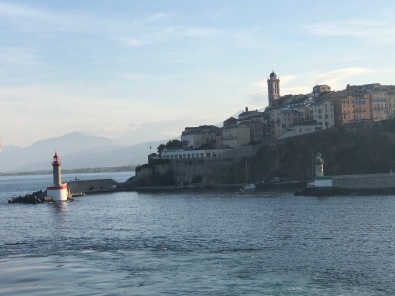 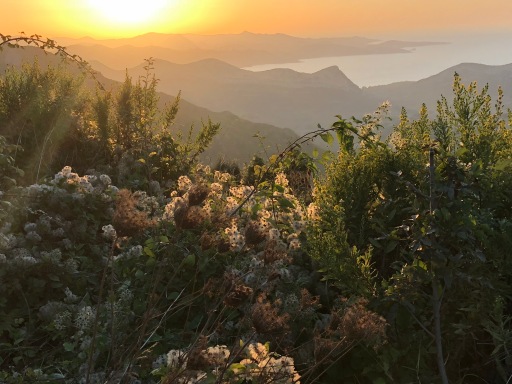 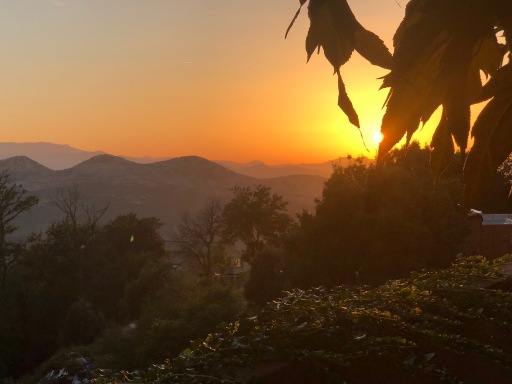 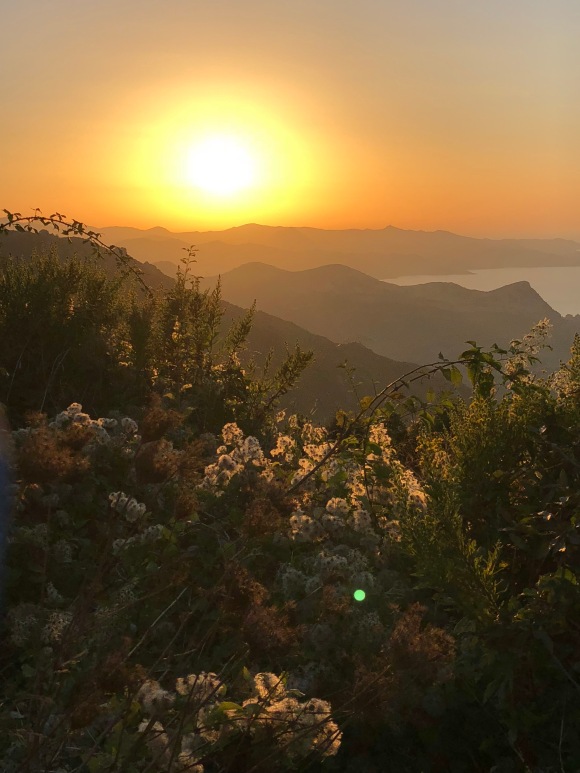 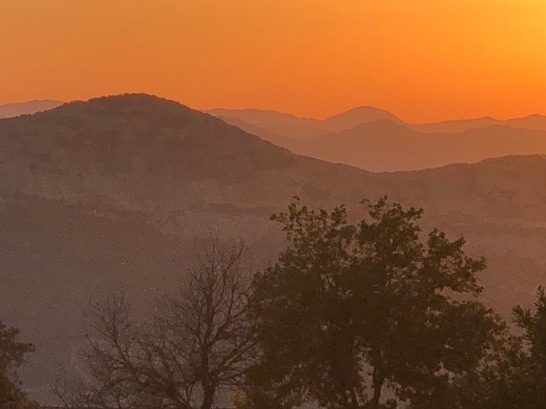 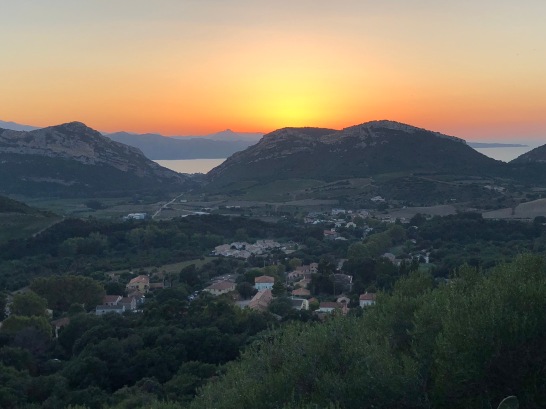 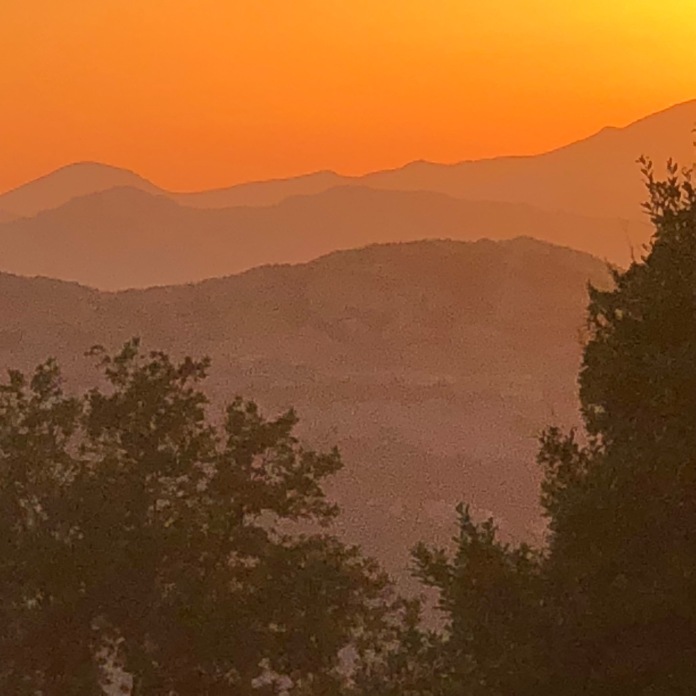 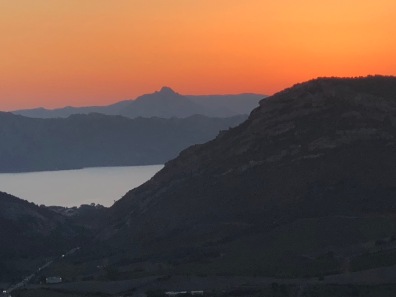 Following our last eventful trip on the ferry from Greece to Italy, I had actually taken the precaution of checking that Corsica Ferries had nothing to do with the Grimaldi group. I had been reassured to find out that there was no connection. Well, no connection in name that is. In nature, they seem to have a lot in common!

After leaving our lakeside campsite, we made our way to the Livorno docks, and negotiated our way to the Corsica ferries embarkation queue. Shortly after arriving in the queue, the ferry arrived. It seemed an age before the first vehicles started to unload.

Within minutes, it was clear there was a problem. The first hint was when a Possl long wheel base Citroen camper got stick on the ramp. It appeared that the ferry had come too close to the dock, making the angle of the ramp off the ship, too steep. After putting down mats and sacking, they eventually got the van off. A few moments later, a ‘Big White’ got wedged also. Consequently, the whole unloading process just seemed to becoming slower and slower, as each vehicle had to be inched off the boat, for fear of grounding. The ultimate was when a car transporter got well and truly got jammed on the ramp. Multiple manoeuvres backwards and forwards ensued, before it was eventually released.

All this was not boding well for our loading, which was, already, well overdue. When eventually it came to our turn to embark, Howard approached the ramp as slowly as he could, but even then, the bike rack ground into the ramp, making a horrid scraping sound. We parked up and inspected. No obvious damage thankfully, but what a nonsense. Surely, when your job is to get ferries loaded and unloaded, the key thing is to put the ramp in the right place, at the right angle. It shouldn’t be rocket science!

Our disembarkation in Bastia in Corsica was much more straightforward. With a correctly placed ramp, we just drove straight off. Within minutes we had found Keith and Helen, my brother and sister-in-law, and we were off on our adventure around Corsica.

As we drove to our first destination for the night, we were greeted by a spectacular sunset over the mountains.

Patrimonio is situated in the north west of the island. The drive to reach it was over steep tortuous mountain roads, with stunning vistas. The town is famed for its production of  superb wines, particularly Muscat and dry reds, which are grown on the leeward side of the town’s chalk escarpments. Hopefully tomorrow, we can sample some, before exploring the northern peninsula of this beautiful island.