Today we set aside to explore the mountain villages of the Pelion Peninsula. In Greek mythology, Pelion was the summer home to twelve Gods of Mount Olympus. My Lonely Planet also tells me that in Greek mythology, Pelion was home to Centaurs – half men / half horse, creatures who roamed the peninsula drinking wine, deflowering virgins (quote!), and generally ripping up the countryside.

In reality, the Pelion Peninsula is divine. It sits between the Pagasitikos Gulf to the west, with it’s gently shelving beaches, and the Aegean to the east, where the steep wooded mountains plunge into the rocky coastline. The interior of the peninsula is mountainous, dotted with little villages, literally clinging on to the mountainsides, and reached by narrow tortuous winding roads, with more hairpin bends than you can imagine. Despite it’s mountainous nature, the peninsula is nonetheless very fertile, with terraced orchards of apples, and an abundance of chestnut trees.

We set off this morning in high spirits, and our itinerary marked out. We first drove to Volos, and then headed up the steep precipitous roads towards Makriniska. However, half way along our route, the road was closed off by two policemen. They informed us that there was to be a motor rally later in the day, and so diverted us along another equally winding road. Another five kilometres or so along this route, we were stopped yet again, by an equally charming Greek policeman. He ordered us to park up by a bollard, and to wait until he gave us the signal to move.

We waited five or so minutes, by which time, we had a large cue of vehicles backed up behind us. The policeman came back to talk to us. ‘Move when I blow my whistle’, he instructed.

A couple of minutes later, when the queue of cars had finished coming from the opposite direction, we heard three loud toots on his whistle, and off we went. Howard reported it feeling quite strange, being the forward flank of a convoy of cars negotiating a series of about twenty hairpin bends. Fortunately, Oscar excelled himself, and we got to the village without incident. However, on arrival, we were met by policeman number three, who told us that the parking in the village was full, because of the car rally, and we would have to park further down the hill.

We drove for about three quarters of a mile, with no sign of a parking place big enough for Oscar, and in the end just gave up, and drove on to the next village.

We were disappointed, since it is reputedly one of the prettiest villages, but the thought of a car rally racing past Oscar was not exactly putting us at ease. We decided to maybe try again tomorrow, once all the crowds have up and left. 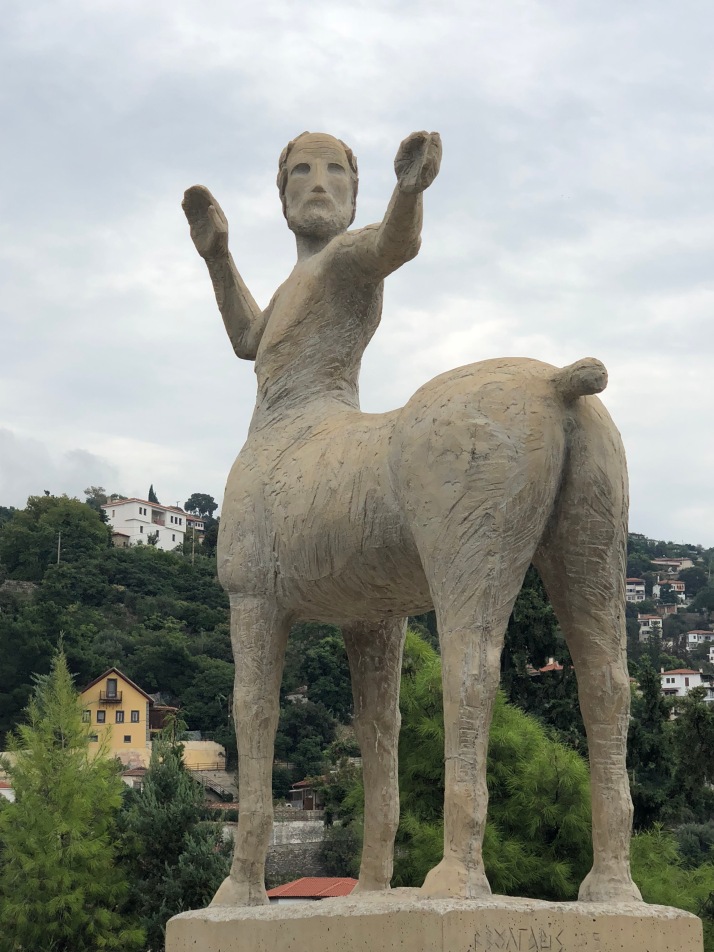 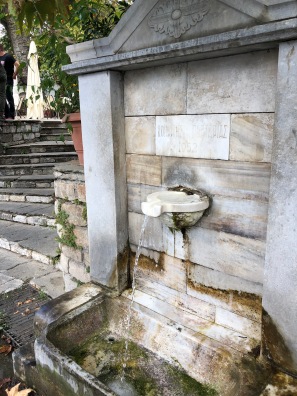 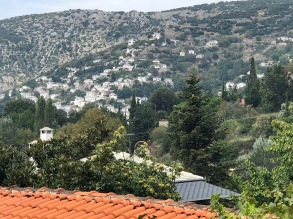 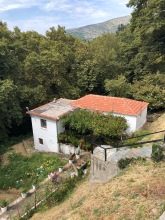 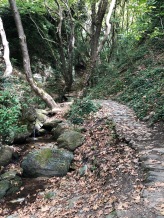 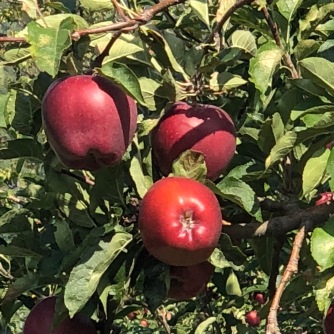 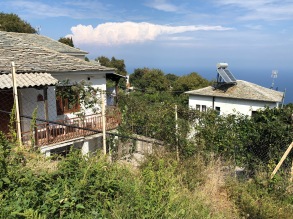 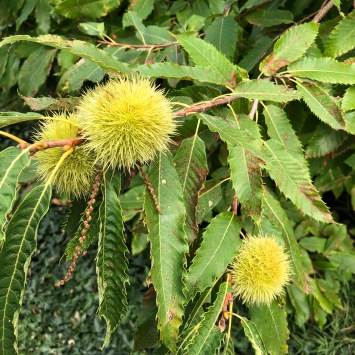 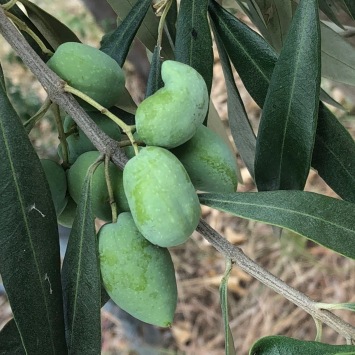 The next village, Portaria, however, was a gem. The main square was graced with a huge old Plane Tree, which provided plenty of shade for the delightful cafes round about. We sat and had our coffee, and then wandered off to explore. Along the street, there were shops selling jars of the famous Pelion apples, as well as honey and preserves. Away from the main street, were a series of steep cobbled paths – the Centaur paths. We followed one up above the village, where the views were splendid, past little mountain streams, and tiny stone cottages, which seemed to be defying gravity clinging on to the slopes.

After our exercise, we returned to Oscar, and decided to head across the mountains to the other coast, so avoiding the car rally. The drive over the mountains was hair-raising, to say the least. I lost count of how many sharp hair-pins we did, but it seemed like hundreds. As we drove, we passed by copious apple orchards, heavily laden with bright red apples, we could see that the harvest was imminent. At intervals along the road, coloured crates had been laid out to collect the produce, and we passed a couple of trucks laden with full crates, as we drove. Pelion is the apple capital of Greece, and clearly this verdant lush landscape is ideally suited for their cultivation. As well as apple orchards, we passed loads of chestnut trees, again in fruit, and many rows of bee-hives. Honey is abundant here, and many stalls beside the road were selling it

We stopped at a village called Zagora. It had a fine church, and beside the church, in a little square, were a couple of cafes. We stopped for a drink and a snack, before winding our way back to the campsite. The views on the way home were spectacular, looking back over the steep hillside villages, and out across the Aegean. Driving back, we noticed many roadside tavernas – clearly this is a popular place with visitors in the summer. We also passed a sign for a ski centre, and in the distance, we could just make out what appeared to be ski lifts.

Back at the campsite, we enjoyed a lovely meal at the taverna by the beach, having reserved a table by the shore the night before.

We have really enjoyed our stay in Pelion. Today was like visiting another world, up in the mountains. Sadly though, no centaurs in evidence today, apart from a statue, and a piece of street art. It is a part of Greece that we never would have discovered, had it not been for a tip from Howard’s Greek friend – so thank you Alex!

Tomorrow we head for the interior of northern Greece, to discover another part of the country that we had never previously heard of. Watch this space!