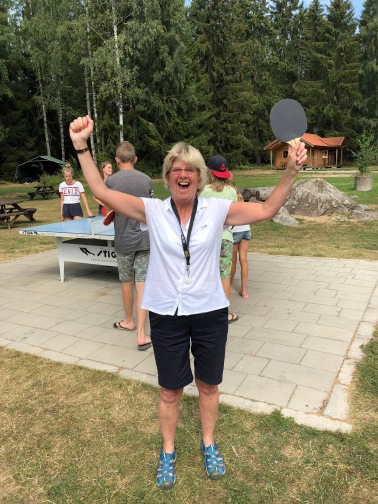 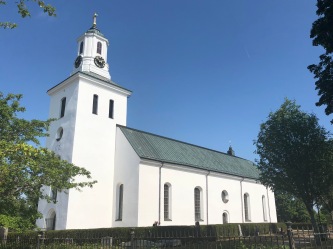 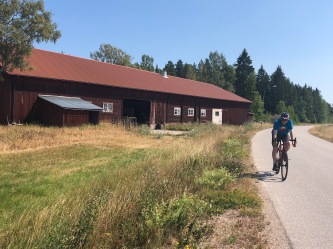 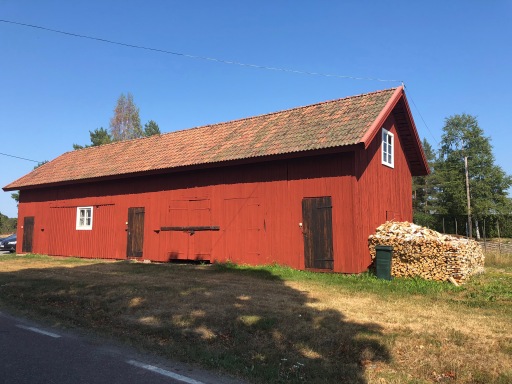 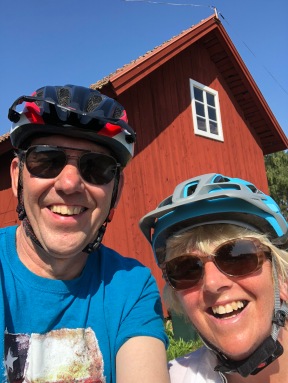 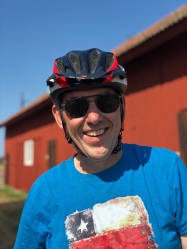 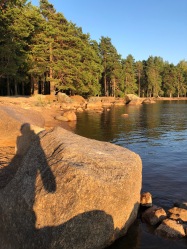 Today has been a scorcher – I’m so pleased we opted to have a day off driving, and stay put at this lovely campsite. First on the agenda this morning was a game of table tennis. As we waked to the service block to do our washing up from breakfast, we spied the empty table – last night it had been constantly bagged by the children. So it was game on! Howard won the first game, I narrowly won the second game, and then it was the decider. By now we had quite an audience of children, eager to get their go at the table. Howard explained to them that the third game was essential! By now, it was so hot I thought I was about to expire, but my competitive spirit won through, and I took the final game. My status as ‘Marriage Family Table Tennis Champion’ remains intact!!

One of my friends sent me a message yesterday saying that she hadn’t seen much evidence of the bikes in action for a while. She was right, of course – we hadn’t cycled the whole time we were in Iceland or Norway. The distances we had been covering each day meant that we hadn’t stayed in one place long enough to get them out. But here was our perfect opportunity. Howard spend at least an hour cleaning and oiling them up, pumping up tyres and doing whatever else men do with bikes. Then we were off!

We had a really lovely bike ride, on a route recommended by the campsite owner. It was relatively flat, with only the occasional uphill, and the scenery was very pleasant. However, after a couple of hours, the heat was yet again getting the better of me, and we headed back to the campsite.

The rest of the afternoon was spent doing chores like washing and tidying, and having a much needed shower.

Tonight we plan to eat out in the restaurant overlooking the water, right next door to the campsite. For once, we will have earned our nosh. I hear that they only sell wine by the bottle, so we may have to force ourselves to imbibe in some cool white wine too. It’s a tough life really!!

Tomorrow we head for Stockholm. I’m just hoping that the temperatures might have cooled a bit by then. Cities in this heat are really not my idea of fun.

Later, we’re hoping to see the solar eclipse. My photo friends keep sending me messages about it. Not sure though how compatible wine and eclipse photography are! I’ll try my best!