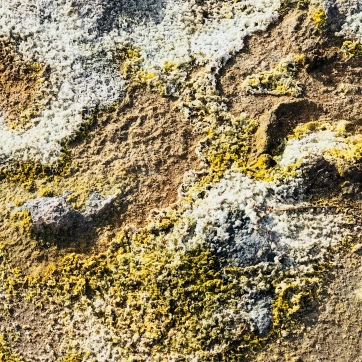 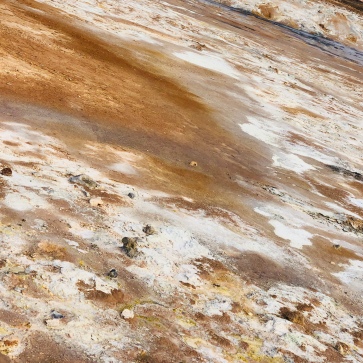 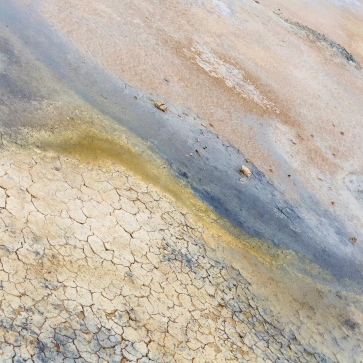 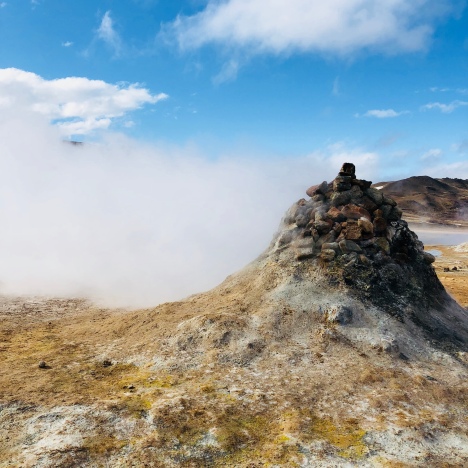 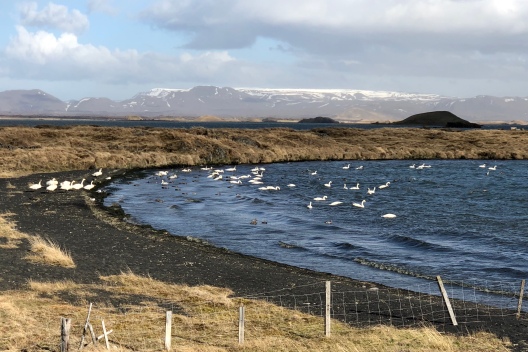 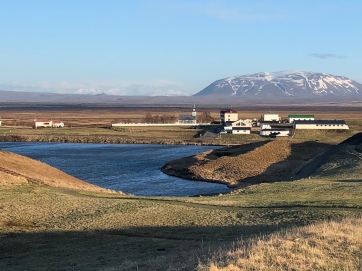 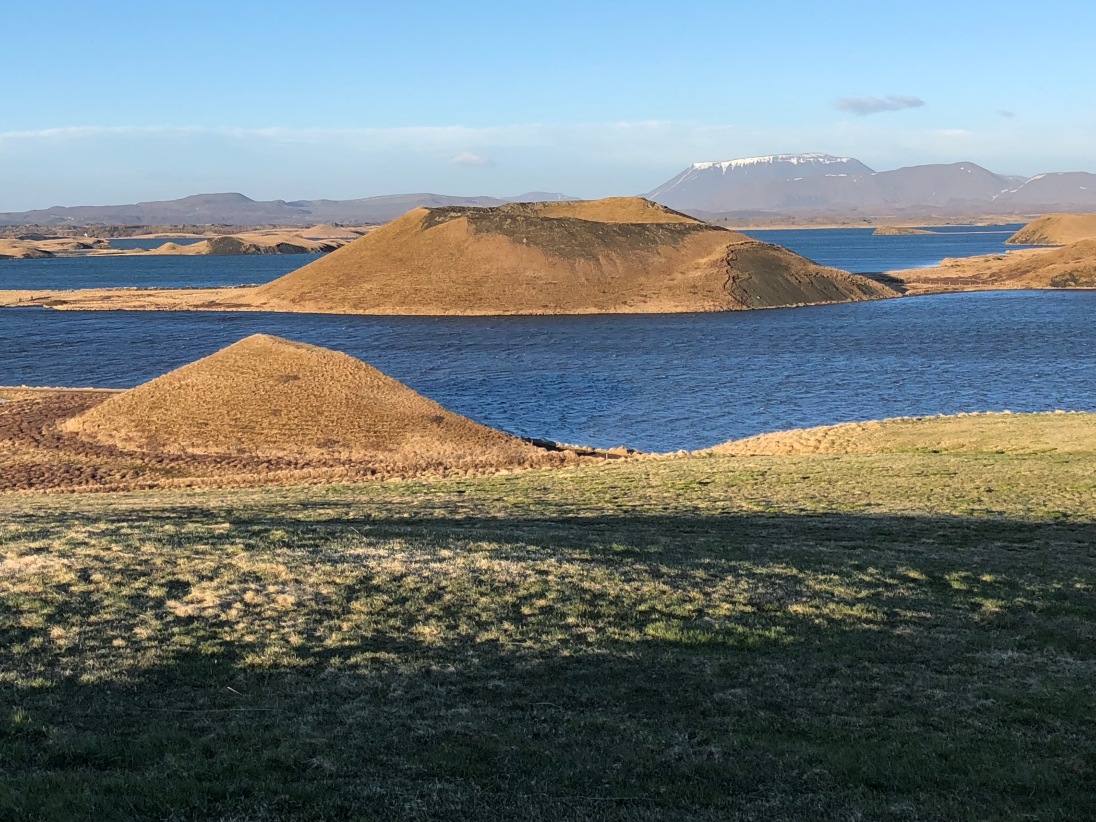 Last night it was still light at eleven thirty, as the sun just dipped below the horizon. By one thirty it was light again. In a few weeks time, there will be 24 hour daylight up here in Arctic Iceland.

The day started as expected – cold and wet. Howard and I hung around in our guest house for as long as we could to eek out the warmth, watching the Royal Wedding on our phones. We had to leave before the ceremony, but saw the guests arrive, including George Clonney – so I was happy!

We headed south initially, then followed the coastal road, passing through the Jokulsargljufur National Park, where we had intended to stay, had the weather been more favourable. We passed by the horse-shoe shaped canyon, where the campsite was sited. I cannot tell you how desolate it looked this morning in the rain – it held no appeal at all. So we passed straight by and drove around the coast to the pretty fishing town of Husavik. The wind was biting by the time we arrived, and it was even hard to open the van doors. We had a quick look around the harbour, with it’s collection of colourful fishing boats, with the wonderful backdrop of snow-clad mountains on the other side of the inlet. It was everything you would imagine if trying to muster up a vision of an Icelandic harbour in your mind. The cold drove us into a small cafe, that as well as serving hot drinks, was also doubling up as selling whale watching tours. He had read that Husavik is the main hub for whale watching in Iceland, but didn’t think for one minute that they would be running tours today. How wrong we were – some poor souls were buying their tickets, along with their sea-sickness tablets – more fool them. After they left, and we watched the boat chug out of the harbour, I spoke briefly to the woman selling the tickets. She said it was mainly Humpbacks and Minke Whales that they were spotting most days, but that in June and July, the enormous Blue Whales come into the area. I’m still wondering how they got on out on the water today – it certainly didn’t appeal to either of us.

Next we headed on to Lake Myvatn. The translation for Myvatn in Icelandic is midge – and in the summer months this place is swarming with the little blighters. Fortunately for us though, they are unable to fly in high winds, so thankfully we were spared the ordeal.

The scenery around the lake is extraordinary. It is like a carpet of volcanic lava, creased up into folds, with volcanic mountains forming the backdrop. We first drove to the south of the lake, where we had booked to stay in a farmhouse guesthouse for the night, in view of the awful weather. Having identified where it was, we continued on around the lake. Lake Myvatn is renowned for it’s bird life, and many areas are set aside as nature reserves. In other parts, you can witness the peculiar formations made by the lava. In one area where we stopped there were collections of crumpled and contorted lava towers, forming a very lunar appearance. There was a small restaurant, closed to the public today due to a private party, but behind it were restrooms. Needing a pee, I asked Howard for the change required – it turns out they charge a whopping £1.40 to use the toilet – it was definitely the most expensive pee I’ve ever had!

We continued on around the lake, and came to an extraordinary field of solfataras – sulphur smelling blue-grey bubbling mud pools, with steam belching out of small geysers and fumeroles. Around the pools minerals had crystallised to form yellow /ochre patches on the edge of the mud. It was a spectacular sight, and we spent some time wondering around the laid out paths.

By now, time was getting on, so we re-traced our steps to the guesthouse, and grabbed some supper. Immediately opposite where we are staying is a large pond completely encircled with a series of pseudo-craters, formed by steam explosions when burning magma encounters lakes or wetlands, which abuts into the main lake. After supper, it had brightened up a bit, so we had a wander through these odd cone shaped grassy mounds. Although by now the sun was out, the wind, if anything, was stronger than ever – and at times, it was hard even to stand upright.

It has been a tiring day battling with the wind and cold, and as I type, Howard has nodded off. This, of course, may be because I am multi-tasking, and watching the wedding highlights – maybe he isn’t quite as interested as I am!

Hopefully tomorrow the wind chill won’t be quite so bracing – but at least the midges aren’t out. Our midge cagoules will have to wait for another day!