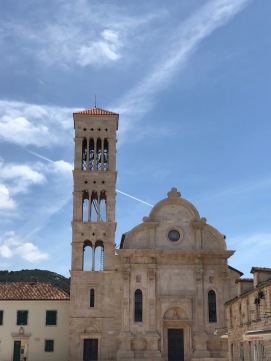 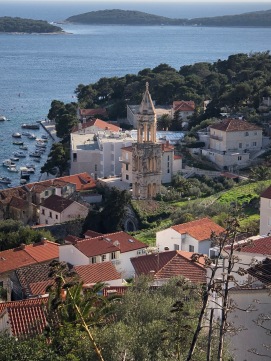 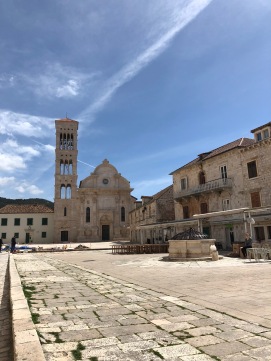 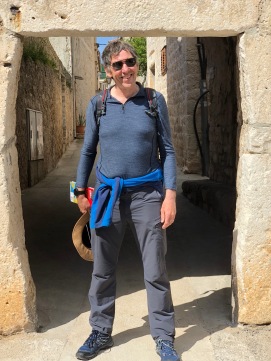 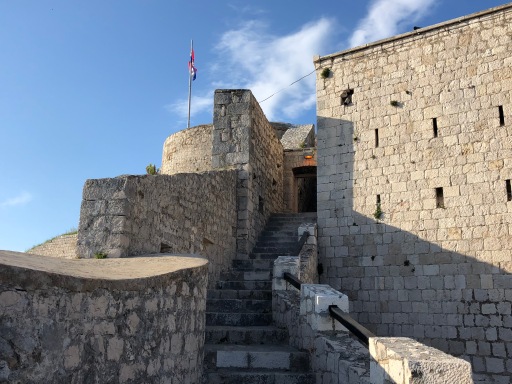 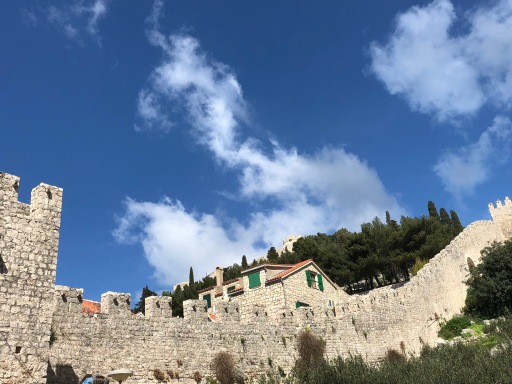 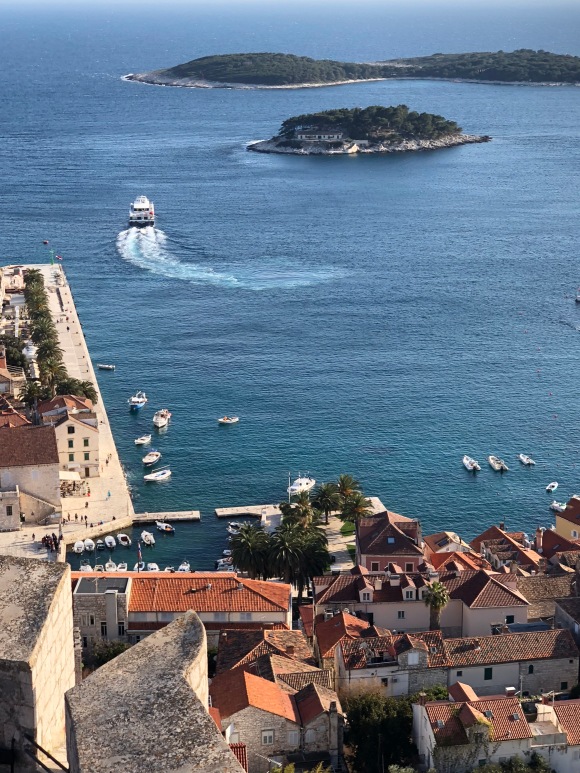 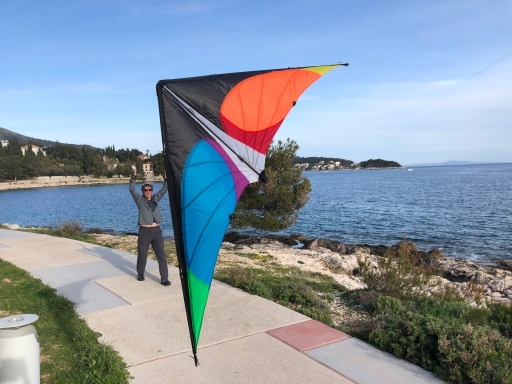 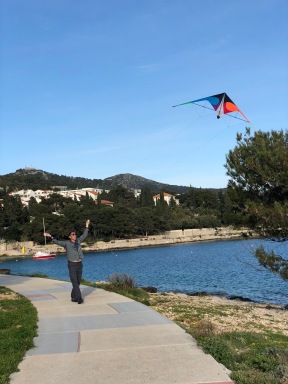 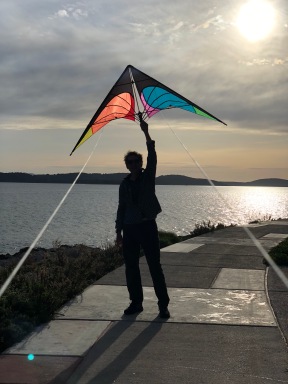 Today has been a very relaxing day, and I have totally fallen for Hvar. It exudes a feeling of calm relaxation, in complete contrast to the wild party resort we had read about. I think we have been very fortunate to be here just at the start of the season. Enough of the cafes and bars are open around the picturesque harbour, but the town is still clearly just gearing up for the tourist season. Many of the shops are still closed (much to Howard’s delight!), but it still feels like a place that is just waking up.

Last night we ate at a restaurant a stone’s throw from our room in the Villa. It had been recommended by the owner as serving good local food. From, the outside it looked lovely, and perusing the menu on the board outside, we agreed that this was the place. As we entered, there was no-one in the lower segment, but we followed a sign up a flight of stairs to the roof terrace, enthusiastically followed by the chef! The roof terrace was indeed lovely, but completely deserted. No worries, we thought – it looks nice enough, and the decor was very pleasing. As we sat at our table, situated between two gas burners for warmth, there was some jolly Croatian music playing. Howard and I ordered our food from the cheery man, who seemed very pleased with Howard’s choice of the local fish stew, and sat back to enjoy the music. The waiter then returned, and clearly felt that his music choice was not appropriate. He shuffled around some CDs and picked out the most ghastly romantic slop he could find, and put it on. Howard and I felt like something out of ‘The Lady and the Tramp’ – you know, the scene where they sit staring at each other gooey eyed, sharing the spaghetti! We laughed at his choice, and I think eventually he cottoned on that we didn’t want to sit for the entire evening listening to soppy love songs, and put the jolly Croatian music back on for us. Luckily, Howard desisted from doing his Dad dancing, but it was a close shave! The meal was indeed splendid, and quite a change from our usual ‘van food’.

This morning, we were yet again woken to the sound of bells – they really like their bell ringing here in Croatia. I actually really like it too – we used to live behind the Norman Church in a little village called Langford Budville in Somerset, and my favourite days were Thursday night’s bell ringing practice, and the bells ringing on a Sunday to call people to church.

Breakfast this morning was also sublime (apologies if I am making you jealous). Our lovely lady produced a spread that has set us up for the day – with home made cheeses and preserves, delicious muesli and fresh fruit and even my favourite peppermint tea. I am already grieving our departure tomorrow. Howard tucked in, having done his morning run up to the fort at the top of the hill and back five times!

After breakfast we ambled round the Old Town, checked up on the boy, bought a few essentials from the local supermarket, including some limes (!), and then de-camped to a cafe by the harbour for a coffee. We spread out our Europe map on the table, and attempted to do a bit of planning. I suspect as we move into tourist season, our rather hap-hazard method of planning where we are going to go the day before will catch us out, since it is increasingly likely that we will need to book up our campsites in advance. In a way, this takes away some of the fun, since not knowing where we might end up in a day or twos time has been quite liberating. However, we need to be up in Denmark for the first part of May, so it makes sense to have some idea of how we will get there.

As I type, I am sitting by the harbour in dappled shade watching the world go by. I love watching the boats come and go, and Howard and I took great delight in observing two ‘learners’ in a sailing school yacht bring a gorgeous Beneteau alongside the quay just where we are sitting. I am already planning skiff excursions to Croatia – I think it will be the perfect combination of wonderful coastal scenery and coffee shop stops – just my sort of rowing. Whether or not I can persuade any of the other Wormit rowers to join in is another matter. But for now, I can dream!

You may recall that Howard set a three month limit on using everything that came with us in the van, or else it goes! Well today being day 90, there was one thing that needed a reprieve – a 60th birthday present to Howard from our friends – a stunt kite! So off we set around the headland, firstly to find a bit of wind, but more importantly to put ourselves out of sight of any other tourists or locals. Spot chosen, we set about putting the kite together. It took Howard two You-Tube videos, and three quarters of an hour unravelling the string (don’t ask!), before were ready to have a go. Initially our attempts were fairly feeble, but eventually the wind picked up, and we developed a masterly technique of me standing on a bench and throwing the kite as high as I could – while Howard ran backwards along the coastal path pulling backwards with his arms. I’m quite sure that anyone witnessing this farce would have been wondering what these two idiots were up to – but for what it’s worth – we enjoyed ourselves, and the result is that they kite stays. So thank you Evelyn and Ralph for a great birthday gift – it was inspired!

Tomorrow we say goodbye to the coast for a while, and head inland.